A penumbral eclipse will be visible over Ireland tonight, January 10. 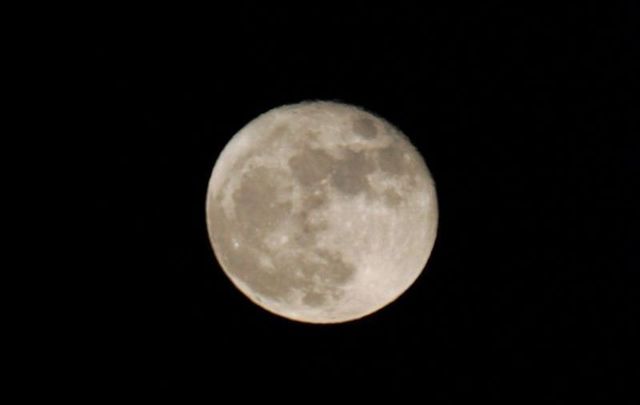 Ireland’s first full moon of 2020 happens tonight, January 10, and will be coinciding with a lunar eclipse, a penumbral eclipse, that will be visible over Europe, Africa, Asia, Alaska, and Australia overnight.

Time and Date explains: “In order for a penumbral eclipse to occur, the Moon must be in the Full Moon phase, and the Sun, Earth, and Moon must be nearly aligned, but not as closely aligned as during a partial eclipse.

“When this happens, the Earth blocks some of the Sun's light from directly reaching the Moon's surface and covers all or part of the Moon with the outer part of its shadow, also known as the penumbra.

“Since the penumbra is much fainter than the dark core of the Earth's shadow, the umbra, a penumbral eclipse of the Moon is often difficult to tell apart from a normal Full Moon.”

Time and Date adds: “Unlike solar eclipses, which can only be seen along a narrow path from a small part of the Earth, eclipses of the Moon can be observed all across the night side of Earth when the eclipse happens.

“About one in three of all lunar eclipses are penumbral. It is impossible to observe the start and end of a penumbral lunar eclipse, even with telescopes.

Unfortunately, a partly cloudy forecast is predicted for tonight in Ireland, so viewing conditions may not be the best.

Read More: Ireland will have a Full Moon on Friday the 13th

Here’s the timeline for tonight’s penumbral eclipse over Ireland, according to Time and Date:

The Earth's penumbra start touching the Moon's face. Moon close to horizon, so make sure you have free sight to East-northeast.

Moon is closest to the center of the shadow.

Read More: Did you know that Michael Collins was the third man on the moon flight?

Don’t worry if you can’t catch tonight’s penumbral lunar eclipse over Ireland tonight as there will be a few more in the coming year. According to Time and Date, here are all of the notable lunar happenings in Ireland this year:

Stargazers all around the world can tune in to Slooh’s live video feed of tonight’s penumbral eclipse, which will begin airing at 2:30 EST:

Will you be watching out for the penumbral lunar eclipse tonight? Let us know in the comments!