Ireland will have a Full Moon on Friday the 13th

This week's Full Moon in Ireland is set to be extra spooky as it rises on Friday the 13th. 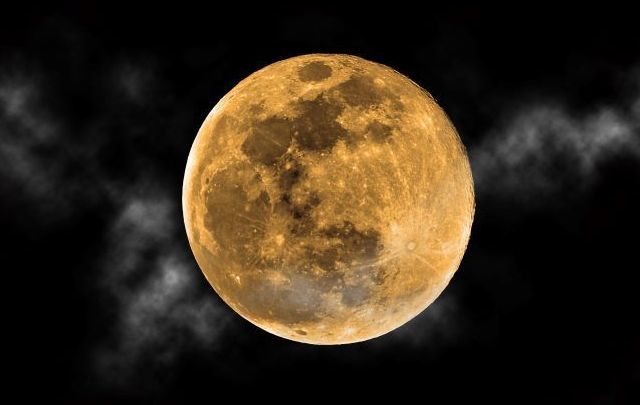 A rare Harvest Micro Moon is set to rise over Ireland on Friday the 13th. Getty Images

A rare Harvest ‘Micro Full Moon’ is set to light up the skies over Ireland on Friday the 13th, making for a perfect mix for those who are superstitious.

What is a Harvest Moon?

According to Time and Date, the Harvest Moon is the Full Moon that occurs closest to the autumnal equinox which happens in either September or October. This year's autumnal equinox for Ireland will occur on September 23 at 8:50 am.

Old Moore's Almanac points out that the tradition of celebrating the Harvest Moon originated in Europe, as it allowed farmers extra moonlight after the days had shortened to harvest their crops.

What is a Micro Moon?

According to Time and Date, “a Micro Moon happens when a Full Moon or a New Moon coincides with apogee; the point in the Moon's orbit farthest away from Earth.”

Coincidentally, Ireland’s Harvest Moon will also be a Micro Moon this year.

Smithsonian notes that the Harvest Moon typically appears large and orange, but since this year it will be a Micro Moon, it will appear unusually small, about 14 percent smaller, and far away.

Full Moon on Friday the 13th

For those who are superstitious, both full moons and Friday the 13th carry connotations of bad luck or strange happenings. This week's lunar event is particularly rare, and another full moon won't fall on a Friday the 13th in the US until August 2049!

Later this month, Ireland will be treated to a Super Moon, the opposite of a Micro Moon, on September 28.

Will you be looking out for the Harvest Micro Full Moon this Friday the 13th? Let us know in the comments!