The retail store Penneys opened up time slots for appointment shopping this morning and Irish people have gone mad with the excitement. 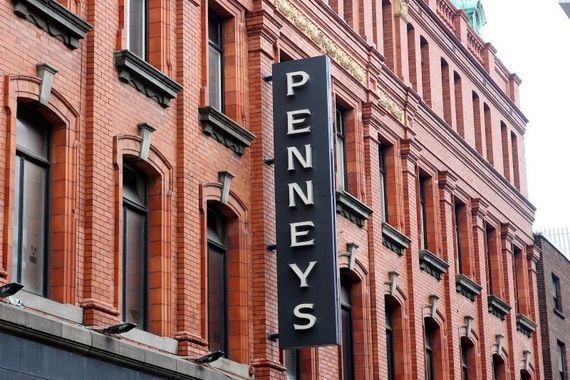 Penneys opened its first store in Dublin in 1969 RollingNews.ie

Retail giant Primark, or Penneys as it's known in Ireland, has today opened up their online shopping appointments for customers.

The announcement by the store to create appointment slots was made last week ahead of some restrictions being lifted in Ireland.

Non-essential retail stores closed their doors in Ireland at the start of this year and for many of Penny's die-hard shoppers, this was a devastating blow as the company doesn't offer online shopping.

Primark's first store, which is still in operation, was opened in 1969 on Mary Street in Dublin under the brand Penneys, hence the name contrast in Ireland compared to the rest of the world. Today Primark owns over 370 stores across 12 countries, including in America.

All of Ireland rushing to the Penneys website this morning pic.twitter.com/SnWwR5l1eX

Penneys is seen as an institution in Ireland and when they opened their doors after the first Irish lockdown in the summer of 2020, hundreds of people queued to get into the stores.

The clever marketing tactic by the company created a frenzy online, with the virtual queuing system seeing such a volume of traffic that shoppers are waiting more than five hours to book an appointment.

If waiting over 5 hours for an appointment for #penneys isn’t the most Irish thing you’ve seen all week I don’t know what to tell you pic.twitter.com/hWlBz3rNvt

Every shopping appointment lasts for 60 minutes, with 45 minutes of shopping time and 15 minutes for paying and exiting the store, and each slot is valid for one person only.

This has happened me twice now 😭 #penneys @Primark pic.twitter.com/aT6a2ncNsu

Disappointed shoppers who miss out on a slot need not worry though, Penneys will fully re-open on 17 May along with all other Irish retailers.