Paul Cary, a retired paramedic who died from coronavirus after moving to New York City from Colorado to volunteer amidst the crisis, is being remembered as a hero. 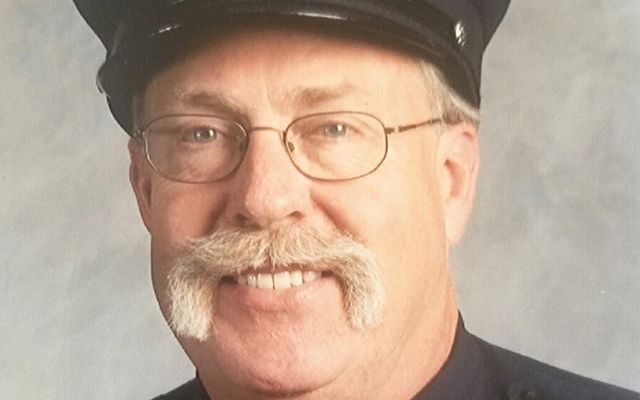 Paul Cary died in New York City after volunteering to help fight the COVID-19 outbreak in the city. Ambulnz, Twitter

Paul Cary, a retired paramedic who died after moving to New York City from Colorado to assist with the COVID-19 crisis, is being remembered as a hero.

Paul Cary, 66,  volunteered to be deployed to the epicenter of the COVID-19 outbreak in the United States in New York City, even though he had retired after serving as a firefighter paramedic for 32 years with Aurora Fire Rescue.

In a statement, Cary's family said: "He risked his own health and safety to protect others and left this world a better place.

"We are at peace knowing that Paul did what he loved and what he believed in, right up until the very end."

Cary was deployed with Ambulnz's COVID-19 Response Team in New York from April 1 and he helped transport COVID-19 patients all over New York.

He was stationed with FEMA in the Bronx Zoo and developed COVID-19 symptoms on April 19 or 20, according to the Daily Mail.

He died at the Bronx's Montefiore Hospital ten days later on April 30. One of his sons had managed to fly to New York from Colorado to be with his father in his final moments.

The day after Cary's death, New York City Mayor Bill de Blasio said: "We have lost someone who came to our aid, to our defense and there's something particularly painful when someone does the right thing; a fellow American comes from across the country to try and help the people in New York City and while working to save lives here, gives his own life.

"It's very painful, it's heroic. It's something we honor, but it's very, very painful that we've lost this good man. Paramedic Paul Cary from Aurora, Colorado, part of the FEMA relief effort has died of the coronavirus. For three decades he served the people of Aurora and then came very bravely to serve us - he did not have to do it - he made the choice to come here to save lives."

A convoy of ambulances transported Cary's body from a Staten Island funeral home to Newark Airport in New Jersey, where it was flown to Colorado.

His body arrived at Denver Airport at around 7 p.m. local time on Sunday, May 3.

The Denver Channel reports that his body was met by 165 emergency vehicles and three helicopters greeted his body in Denver as part of a procession to pay respects to the fallen hero.

The procession followed the hearse carrying Cary's body from Denver Airport to the University of Colorado Hospital, where staff lined the streets to honor the veteran paramedic.

The vehicles flashed their lights and sirens as a mark of respect.