Paudie Palmer, who was a popular broadcaster with Cork's 96FM and C103, was critically injured in a hit-and-run incident in Co Cork on December 29. 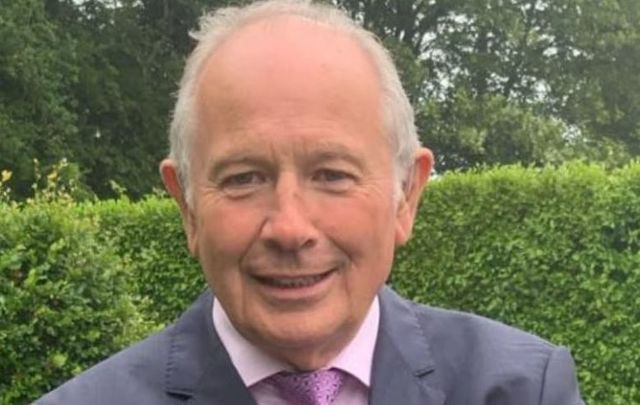 Paudie Palmer died in hospital on Sunday, January 8, 2023 after being injured in a hit-and-run last month. RIP.ie

Pádraig 'Paudie' Palmer, a popular Irish sports broadcaster, died in hospital on January 8, 2023 after being injured in a hit-and-run incident last month.

Palmer, 66, who was a popular broadcaster with Cork's 96FM and C103, was critically injured in a hit-and-run incident at Dunkereen Crossroads near Innishannon on December 29. He died in hospital on Sunday as a result of his injuries.

Palmer, who was originally from Co Kerry but lived in Cork for more than 40 years, is survived by his wife Colette and daughters Claire and Emily.

A funeral for Palmer, which will be livestreamed, will be held on Wednesday, January 11 at St. Mary's Church in Innishannon, Co Cork.

One person, Bohdan Bezverkhyi, has since appeared at Bandon District Court charged in relation to the hit-and-run incident. The charges include failing to offer assistance at the scene of a crash to the injured party, failing to report the occurrence, failing to keep his vehicle at the place of occurrence for a reasonable period, and failing to stop his vehicle.

The court heard that Bezverkhyi expressed remorse when he was charged with the offenses.

Det Garda Manus O’Donnell O’Donnell told the court that Bezverkhyi made several admissions when he was charged at Bandon Garda Station.

"To the first charge, he said ‘I am guilty I want to apologize'," O'Donnell told the court.

O'Donnell also told the court that Bezverkhyi later said: "I am sorry, very sorry for what happened. I have no excuse. I am very sorry for my actions."

Paying tribute to Palmer, Cork GAA said: "The press box in Cork and around the country will be a lonely place without his presence."

Cork GAA are saddened to hear of the death of Paudie Palmer. Paudie has been a brilliant servant to our games over many years. The press box in Cork and around the country will be a lonely place without his presence. Sympathy to his wife and family at this very sad time. pic.twitter.com/16xsCOOHy8

Tánaiste Micheál Martin, a native of Co Cork, paid tribute to Palmer, stating that he was "part of our lives here in Cork for many, many years."

"We kind of relished every word of his commentary on games," Martin told RTÉ News.

"And that was because he had wonderful insights into the game and we will miss him greatly because he was such a distinctive voice, particularly through radio and his column in the Echo.

"I think people in sport, in general, will mourn his passing and again to his family, Colette, Claire, and Emily, our hearts go out to them in terms of the enormous loss to them on this sad day."

In a separate tribute on Twitter, Martin said Palmer would be "sorely missed by all" and said people "loved to hear his voice and read his columns."

Deeply saddened at the passing of Paudie Palmer, the voice of Gaelic games in Cork for many years.

His sporting knowledge and insights were deep and broad, and people loved to hear his voice and read his columns.
He will be sorely missed by all.