In an op-ed, Patrick Kennedy says he wants more people to follow in the example of his late cousin Saoirse Kennedy Hill. 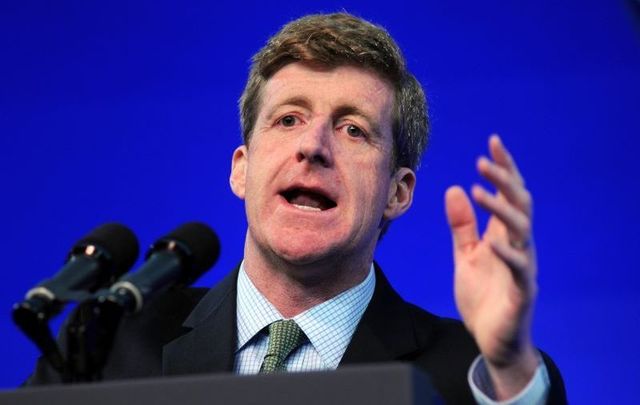 In an op-ed, Patrick Kennedy writes that his family isn't "cursed," it's "typical"

Patrick Kennedy has slammed the notion of a 'Kennedy family curse' in the wake of his 22-year-old cousin Saoirse Kennedy Hill's tragic death on August 1.

In an op-ed for USA Today published on August 8, Patrick Kennedy wrote: “It was only an hour or two after her death was announced that I started seeing stories about how this is the 'Kennedy curse.'"

“That offends me, and it would have offended Saoirse.”

Kennedy, the son of the late Senator Ted Kennedy, served as a Congressman for Rhode Island for sixteen years before leaving politics to focus his efforts on mental health awareness and advocacy. In the wake of his cousin's death, Kennedy demanded that mental health be made a priority.

“What she knew, and what she wanted everyone else to know, is that the Kennedy family is, in many ways, painfully typical. We have an unsurprising incidence of mental illness and addiction — our illnesses are no different than anyone else’s and our tragic losses to them have not been so out of the ordinary.”

"We have a big family. A lot of kids had a lot more kids. But mostly we are a more public family than most, under the eye of the media. Consequently, we are less able to hide these struggles than others."

Kennedy hopes that the publicity of his family's struggles will be used to highlight the importance of mental health awareness.

"Honestly, that’s a good thing," Kennedy wrote. "Hiding these struggles does not work; too many people live in isolated shame and even die, untreated or unsupported in treatment, because of it. Saoirse came to understand that much earlier in life than I did. And since it is her generation that is at the highest risk for these illnesses, and the premature death they can cause, Saoirse was my hero for putting herself and her story out there. And she did it her own way — she called people out."

He concluded his piece by saying: "We can all take a lesson from Saoirse. Feel what she felt. Do whatever you can from your position in life to stop the isolation, the discrimination and the devastating lack of acknowledgment that too often lead to tragedy. Families across the nation are suffering and losing loved ones every day — not just the Kennedys."

In his eulogy, Saoirse's uncle Robert F. Kennedy, Jr alluded to the notion of a Kennedy family curse, saying "If anybody ever wondered whether God loves the Kennedys, the proof is that he gave us Saoirse:"

If anybody ever wondered whether God loves the Kennedys the proof is that he gave us Saoirse, this brilliant beam of light + laughter. Now, it’s time for us to cease being sad at her passing + to practice being grateful that we had her for 22 amazing yearshttps://t.co/uSqAHh4Arn