Ireland’s Minister for Finance elected as new president of Eurogroup

Paschal Donohoe is set to lead the Eurogroup - an informal body consisting of the 19 eurozone finance ministers - as they piece together a COVID-19 recovery plan. 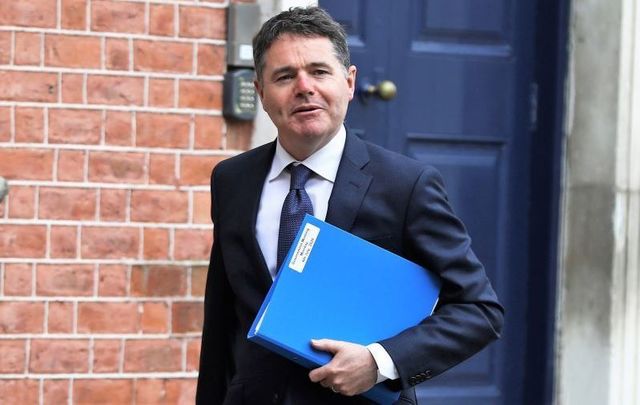 Paschal Donohoe will officially begin his new role on July 13

Paschal Donohoe, Ireland’s Minister for Finance, has been elected as the next president of the Eurogroup, a collective of the 19 finance ministers of the eurozone.

The Eurogroup is an informal body where ministers of euro area member states discuss matters of common concern in relation to sharing the euro as the single currency and focuses in particular on the coordination of economic policies. It usually meets once a month, on the eve of the Economic and Financial Affairs Council meeting.

Donohoe, a member of Fine Gael who has served as Ireland’s Minister for Finance since June 2017, succeeds Portugal’s Mário Centeno in the role. He won a simple majority of the votes to beat out Spain's finance minister Nadia Calviño, and Luxembourg's finance minister Pierre Gramegna, who dropped out after the first round.

One official told Bloomberg that Germany, France, Italy, and particularly Spain were angered by a loss that they failed to see coming.

Donohoe will begin his two-and-a-half-year term on July 13 and is set to oversee the economic recovery plan for the EU in the wake of COVID-19. The eurozone economy is set to contract by a record 8.7% this year, according to RTE.

After being elected, Donohoe said in a statement: “‘I am honoured that my fellow Finance Ministers have chosen me as the next Eurogroup President, and I wish to pay tribute to the important work carried out by Mario Centeno’.

“The Eurogroup is the economic engine for the Eurozone and the single currency. My immediate priority, as President, will be to chart a common way forward on building the European recovery, strengthening the Eurozone economy, and promoting sustainable and inclusive growth for Member States and their citizens. Across the EU our citizens are looking to us to provide the necessary leadership.

“As President, I will seek to build bridges amongst all members of the Euro Area, and to engage actively with all Member States, to ensure that we have a consensus-based approach to the recovery of our economies and our societies. I will bring to the table Ireland’s experience as a small Member State that has been a Programme country but which has also seen its economy and society transformed through EU membership.’’

“I look forward to working closely with my counterparts to ensure an inclusive and transparent Eurogroup, that delivers economic recovery, prosperity, and jobs in the best interest of Europe and its citizens.’’

Ireland’s Taoiseach Micheál Martin congratulated Minister Paschal Donohoe on the election: “This is a very proud achievement for Minister Donohoe and is a testament to his personal experience and skills.

“It is also good news for the country; at such a critical time for the Eurozone economy it is very important to have an Irish voice influencing decisions and economic policy.

“I wish him well as he undertakes this new role.”

Congratulations to @Paschald on his election as President of the #Eurogroup It is a great endorsement of his personal experience and skills, and it is good news for the country. Having an Irish voice at the centre of economic decision making in Europe is important and welcome 🇮🇪

Fantastic result for Europe and Ireland with @paschalD elected as #Eurogroup President. Well done Paschal. Now the challenge continues to lead Ireland and EU through the #Covid19 Emergency https://t.co/2lvwm5nbPS