Paddy Reilly's, a bastion of Irish culture and craic in NYC for nearly 40 years, will close its doors for good this March. 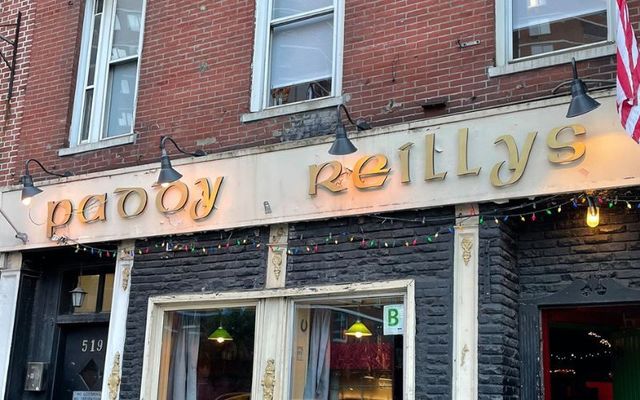 Paddy Reilly's in NYC will shutter on March 31.

March 31 will mark the end of an era in Irish New York as Paddy Reilly’s, the music bar on Second Avenue and 29th Street known for catapulting the careers of many local bands including Black 47 and the Prodigals, will close its doors for good after 36 years in business.

Unsurprisingly, the iconic bar also known for its perfect pints of Guinness is shutting because the landlord will not renew the lease. Instead, the location where celebrities like Jimmy Fallon, Brad Pitt, and Christy Turlington mingled with everyday New Yorkers in a low-key setting with live Irish music blaring, will likely become a bank.

For owner Steve Duggan, a native of Co Cavan and a well-known figure in New York’s Irish scene, it’s been a great time and he’ll walk away with no regrets, he tells the Irish Voice, sister publication to IrishCentral.

“You know what, for the month of March I’m going to have 31 St. Patrick’s Days,” he says. “There will be a party every night. That’s my goal.

“Of course, I’m saddened,” Duggan added. “But I’ve been there for 36 years and I got a good run for my money. I used to own the building, but then I sold it and leased Paddy Reilly’s from the new owners. It’s really been an incredible time.”

Duggan, a former Cavan Gaelic football standout, opened the bar back in 1986 with Paddy Reilly, the famous Irish folk singer and member of the band The Dubliners whose bookings he used to manage. Live music was – and remains – the bar’s calling card, seven nights a week, with Irish music dominant but also including bluegrass and many other styles.

For years, Guinness was the only brew on tap – the sign outside still says “the world’s first and only all draft Guinness bar” – and patrons flocked to the unfussy bar with the feel of a pub in Ireland.

Black 47, founded in the Bronx in 1989 by Larry Kirwan and Chris Byrne, played weekly gigs at Paddy Reilly’s and built a lasting fan base. Gregory Grene and his band, the Prodigals, are still playing two shows a week, Fridays and Saturdays, 25 years after first meeting Duggan.

“When I first walked into Paddy Reilly’s, I had been told about Steve Duggan from Cavan. I saw him and he was talking to a woman who turned out to be (musician) Joanie Madden,” Grene told the Irish Voice.

“He said to Joanie, ‘What do you think, should we give Gregory a chance?’ And she said, ‘Of course, Steve!’ And that’s how it started for us. We’ve been going strong ever since at Paddy Reilly’s.”

You never know who you’d meet at the bar on any given night, Grene said.

“I’ve had extended conversations with Liam Clancy, the Wolfe Tones, Johnny Cunningham. One time, we were playing and down the counter was Noel Hill.”

Even celebrities were known to drop by for the craic.

“Christy Turlington has been there, and she came up on stage and sang with us,” Grene says of the supermodel married to Irish American actor, director, and screenwriter Ed Burns.

Duggan says there are so many memories of his life and times at Paddy Reilly’s that he could write a book.

“Naomi Campbell, Brad Pitt, Kiefer Sutherland, Christy Turlington, Jimmy Fallon; they’ve all been in,” he said. Fallon filmed a segment for his Tonight Show in March of 2019 with Conor McGregor at Paddy Reilly’s, where they drank McGregor’s Proper No. Twelve Irish whiskey, shot the breeze about his rise to stardom in the UFC, and sang “The Wild Rover.”

“This is one of my favorite places to come hang and one of the best Guinnesses in the city,” Fallon said on the broadcast.

In his memoir, Reilly said of his time as a co-owner of the bar bearing his name, “Yeah I played there many times, but regarding other work there, well, all I can say is that I worked very hard on the customers’ side of the bar. It’s a great live music venue for local bands and for touring musicians coming to the city.”

In 2011, when Paddy Reilly’s turned 25, New York music publicist Anita Daly praised the bar and its influence. Many of her clients, she told Irish Voice music columnist Mike Farragher, wanted to boost their reputations with a gig at Paddy’s.

“It’s really the original Irish music bar out there and it still has a good name,” she said. “There are a lot of bands outside of New York who are anxious to play there because it means you’ve broken the Big Apple. I always try to work new musicians in there because the scene there is good and the craic is always great.”

Paddy Reilly’s closed for 14 months of the pandemic, an obvious blow to its bottom line. Grene noted that when the bar re-opened “it was busier than I had seen in 20 years. People were so happy to be back. And it’s still getting good crowds.”

“Something like 10,000 residents have left. So many people are going to Florida now.” That includes Duggan himself, who splits his time between Manhattan and Miami.

Another New York Irish story about to write its ending come March, Duggan says he’s grateful for everyone who ever stopped by his bar to listen to music, have a drink, or connect with friends from home.

“People would say to me, ‘You made a great bar here.’ But I didn’t make it. It’s the people, the customers who made it,” he added.