The Oxford/AstraZeneca COVID-19 vaccine was developed by a team led in part by Irish vaccinologist Dr. Adrian Hill. 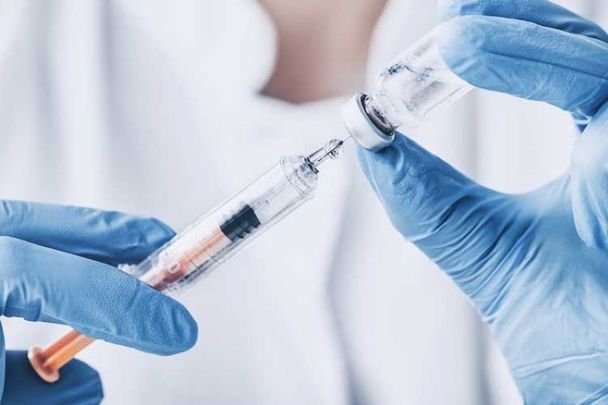 The AstraZeneca vaccine is the third coronavirus vaccine to be approved in Ireland. iStock

The European Union has authorized the Oxford/AstraZeneca COVID-19 vaccine for anyone over the age of 18, but Ireland is due to receive 300,000 fewer doses of the vaccine due to a shortfall in deliveries to the EU.

The vaccine, which was developed by an Oxford team led by Irish vaccinologist Dr. Adrian Hill, is the third coronavirus vaccine to be approved in the European Union after Pfizer's jab was approved in December and Moderna's vaccine was approved early in January.

However, the approval process has been overshadowed by a bitter and public row between the EU and AstraZeneca over the distribution of the vaccine.

The EU expected to receive 100 million doses of the 400 million doses it ordered before the end of March but will now receive substantially less due to a shortfall. AstraZeneca told the European Commission last Friday that it would only be able to deliver one-quarter of the promised vaccines by the end of March, prompting a furious debate over the past week.

As a result, Ireland will now receive roughly 300,000 doses by the end of March rather than the 600,000 doses the Irish Government had planned for.

The Irish Government's COVID-19 vaccine rollout plan sought to vaccinate 700,000 people with two doses of the vaccine by the end of March; however, this was contingent on receiving all 600,000 doses of the AstraZeneca vaccine.

RTÉ reports that negotiations are still ongoing between AstraZeneca and the EU and that the number of vaccines delivered by the end of March could still change.

Meanwhile, STIKO, Germany's vaccine committee, ruled yesterday that there was not enough evidence to prove that the AstraZeneca vaccine was safe for people over the age of 65.

However, the EMA said on Friday that the evidence suggested the vaccine was safe for anyone over the age of 18. The Irish Government has also prepared contingency plans if it is not able to administer the vaccine to over-65s and believes that there will be enough Pfizer vaccines available from mid-February to cater to older people.

The EMA's authorization will now go before the European Commission for final approval.