Griffins of Kinsale in South Pasadena opened its doors on March 17 for a St. Patrick's Day party just two days after the city issued a take-out only order. 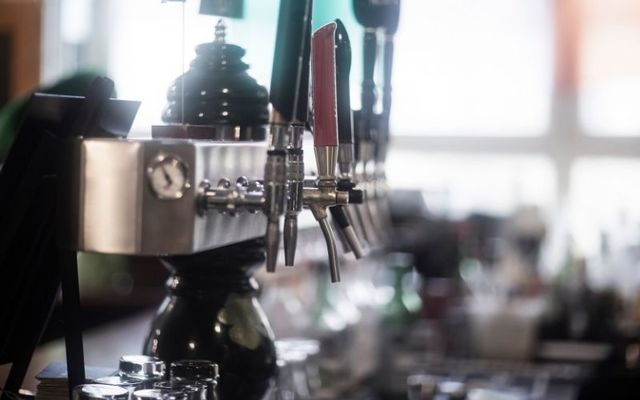 The owner of an Irish pub just outside Los Angeles faces up to three months in jail after he defied the city's lockdown orders and opened up on St. Patrick's Day.

Griffins of Kinsale in South Pasadena opened its doors on March 17 for a St. Patrick's Day party just two days after Los Angeles Mayor Eric Garcetti had issued an order that restricted pubs and restaurants to take-out and delivery service only.

Joseph Patrick Griffin, the pub's owner, has now been charged with a misdemeanor by the LA County District Attorney for allegedly violating COVID-19 lockdown, according to the Los Angeles Times. He now faces up to 90 days in jail or a $1,000 fine.

South Pasadena police were forced to visit the establishment on three separate occasions on St. Patrick Day as Griffin continued to serve customers in the pub.

The police first visited the pub just after midday at 12:48 p.m. to remind Griffin and his green-clad patrons that he could only serve take-out and delivery orders.

They visited again just after 3 p.m. and this time issued a health and safety code citation since the pub was still serving customers on the premises.

The police made their last visit to the pub at around 7 p.m. with a representative from the LA County Department of Public Safety to issue yet another citation before Griffin finally shut down the party.

A number of angry social media users and South Pasadena residents condemned the pub for breaching regulations and opening in the midst of a pandemic.

Meanwhile, a video posted to Twitter on March 18 showed several customers inside the bar while rock music blared from the speakers. A number of police officers were seen approaching the bar in the video.

The one bar in South Pasadena, Griffins next to the train station, was having a Saint Patrick’s day party. I opened the door and screamed at them that they were all sh!tty horrible people. The cops with County Health came 5 minutes later to shut them down. pic.twitter.com/ePYMoSJsf5

Griffin said at the time that he did not close the bar because he didn't know that it was supposed to be closed. He said that the huge influx of new coronavirus rules in mid-March made it difficult to know what he could and couldn't do.