Opus Bono Sacerdotii, a nonprofit group in Michigan that claimed to be providing care for priests "experiencing difficulties," was found to be misusing funds and misling contributors. 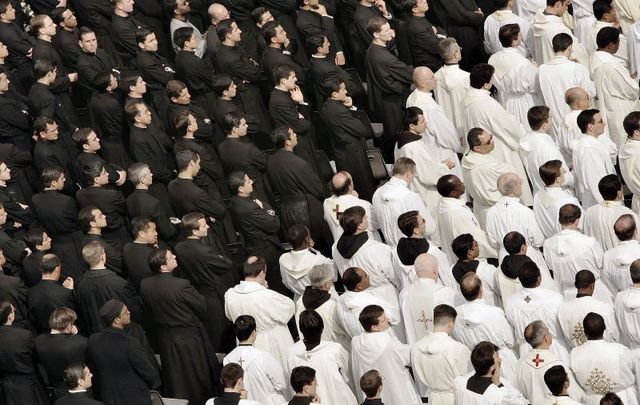 Opus Bono Sacerdotti, a nonprofit group that has been working to assist Catholic priests who are “experiencing difficulties,” may have been working to protect priests accused of sexual abuse.

The Associated Press reports that an investigation into the group’s operations kicked off in 2017 when Mary Rose Maher, a former Opus Bono employee as well as the daughter of founder John Maher, penned a letter to the Michigan state attorney general.

In her letter, Mary Rose wrote: “A simple investigation into the Michigan non-profit charity Opus Bono Sacerdotii would bring to light the millions of embezzled dollars, years of mail fraud, and the constant systemic abuse of donations.”

What is Opus Bono Sacerdotti?

Taken from the Latin for ‘work for the good of the priesthood,’ Opus Bono Sacerdotti says on its Facebook page that it is “a non-profit organization that provides life-saving care for thousands of priests experiencing difficulties.”

AP, however, says: “the group has operated out of a series of unmarked buildings in rural Michigan, providing money, shelter, transport, legal help, and other support to hundreds, perhaps thousands, of Catholic priests accused of sexual abuse across the country.”

The group was formed in part by Detroit’s The Assumption of the Blessed Virgin Mary parishioner John Maher and his friend Peter Ferrara, who had previously worked in accounting, in 2002.

That year, Maher was the unofficial spokesperson for the church, sometimes known simply as Assumption Grotto, when Detroit police charged parish priest Komlan Dem Houndjame, a native of Tongo, with sexual assault.

The AP reports that prior to the charges, the Detroit Archdiocese says it had ordered Houndjame to return to his native Tongo after allegations against him in both Detroit and a previous posting in Florida came to light. He was instead transferred to a treatment facility in St. Louis.

When Houndjames’s case went to trial, “it was essentially her [the accuser’s] word against the priest,” then-prosecutor Maria Miller told the AP. Houndjames was acquitted and moved to Las Vegas.

After Houndjames’s case was dismissed, Maher was “inundated” with calls from other Catholic priests who needed help, which in turn led to the founding of Opus Bono Sacerdotti, which claims to have helped thousands of priests since it’s inception.

In 2014, Maher offered a brief behind-the-scenes look at Opus Bono Sacerdotti on the group’s Facebook page, which has more than 125,000 followers:

Joe Maher offers a comforting thought in this short video from Our Lady of Priests Chapel: Christ, suffering on the Cross over 2,000 years ago, saw all those who would be praying and offering alms for the care of His suffering priest-sons today - what a great consolation that must have been to Him, Jesus Christ the High Priest! On behalf of the thousands of Catholic priests we care for at Opus Bono Sacerdotii because of your prayers and generous donations, thank you. www.opusbono.org Please share :)

The Archdiocese of Detroit told The Detroit News in January that it neither sponsors nor endorses the group.

Who benefited from Opus Bono Sacerdotti?

The AP cites several priests who benefited from Opus Bono’s operations, many of whom faced sexual assault allegations, and some of whom went on to work with Opus Bono.

Rev. Gregory Ingels, whose charges of sexual misconduct while practicing in San Francisco in the 1970s were dismissed, faced a separate lawsuit which was later settled by the Archdiocese of San Francisco. Ingels, who maintains his innocence, went on to advise Opus Bono on canon law, but told AP: “I only answered canon law questions that they had before I hit retirement age.”

Jason Sigler, a Detroit priest convicted of molesting dozens of children in New Mexico and Michigan, received a number of visits from Opus Bono founder John Maher while in prison. Maher provided funds for Sigler’s commissary and regularly accepted his phone calls.

Dennis Druggan, another priest who was facing sexual misconduct allegations and was later removed from public ministry, worked for Opus Bono and occasionally visited their offices. Druggan told AP he no longer works with the group and declined further comment. Mary Rose Maher says she remembers Druggan being present in the group’s offices.

Robert Kealy was sent to Opus Bono by church officials in Chicago for “monitoring / therapy” in 2003 after he admitted to abusing teens. John Maher was “outsourced” for Kealy’s monitoring, acting as his “therapist, spiritual leader, doctor, monitor,” despite Maher, as AP reports, having no indication of a therapist license. Opus Bono later described Kealy as an adviser on church law.

“Investigators concluded the group’s fundraising solicitations had been deceptive. They also found that Maher and Ferrara had violated state charity laws by using donated funds to cover such personal expenses as sushi lunches, chiropractor visits, and power tools to work on their homes, according to a cease and desist order filed by Michigan’s attorney general.”

“Maher and Ferrara took what they wanted, when they wanted it,” the attorney general’s office wrote.

Ferrara was fired from the organization last October, and Maher stepped down in March of this year.

As part of the settlement, Maher was forbidden from ever operating a nonprofit in Michigan again, but has since launched Men Of Melchizedek, which has a nearly identical mission statement to that of Opus Bono, saying it was “formed in response to Catholic priests, bishops and Vatican officials who request urgent, confidential assistance in finding solutions to the proper care and treatment of priests in need or during times of crisis. The purpose of MOM is to facilitate help for priests experiencing difficulties in their personal life and priestly ministry.”

Elsewhere, Maher’s daughter Mary Rose is working to expose her father’s work and has since founded St. Mary's Haven to assist abuse survivors:

It has not been easy speaking up against my father, Joe Maher. But it is an imperative part of my healing process and the healing process for the countless Survivors he suppressed. Please visit stmaryshaven.org to find out how you can help fellow Survivors of clergy abuse! @stmaryshaven