WATCH: NYPD Commissioner admits "people are not safe right now as they should be" 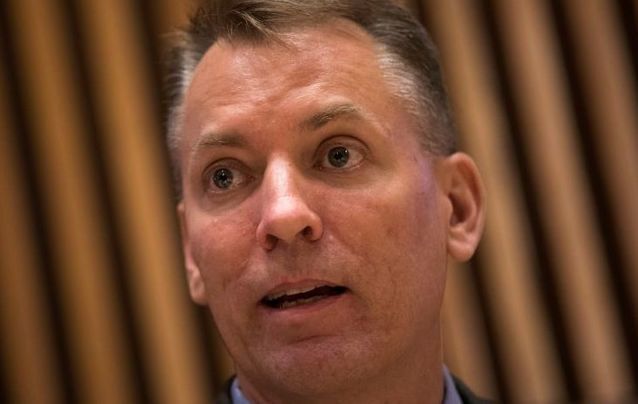 NYPD Commissioner Dermot Shea has claimed that New York City's criminal justice system is "imploding" with shootings and killings on the rise on the city's streets.

Shea, who is an Irish American from Sunnyside in Queens, told reporters on Wednesday that shootings were on the rise in the city while many criminal cases that were supposed to be ongoing were now stagnant or deferred.

"You have a criminal justice system that is imploding,” Police Commissioner Dermot Shea said this week, according to The New York Post. “Imploding. That’s the kindest way to put it.”

There have been 125 shootings in New York in the first three weeks of June, the highest figure for June since 1996. The number of shootings this month has increased by a staggering 342% from the same period last year.

During a 'coffee talk' with the press on June 24, Shea said: “We know how to police in this city, and we also know when something’s broke. You cannot keep people safe without keeping bad, dangerous people off the streets. You can try, you can make some mistakes, and you can learn from them, but they should be the exception, not the norm.

“So when you talk about things such as diversion and supervised release, those are worthy, worthy goals. But you need accountability and you need to ask the hard questions too.

"You hear terms such as ‘supervised release’ right now, that is a fallacy. There is no supervision, there is just release. And you are seeing the repercussions of that across the city.”

“I don’t understand how you can have Supreme Court hearings taking place, but you can’t arraign, have a grand jury, do it virtually, do something. This is what government exists for to keep people safe, and people are not safe right now as they should be.

“The answer to it cannot be, send out six cops in every precinct and stop a number of people and keep stopping people with no consequences. We need consequences.”

There has been a dramatic increase in shootings in New York over the last 10 days. Police reported on Monday, June 22, that there had been 55 shootings over the seven previous days leaving 75 people injured, according to Pix11.

Last weekend, between June 20 and June 22, there were 28 shootings that left two people dead and another 36 injured.

Shootings this year are up 24.3% compared to the same six-month period in 2019, with the number of shooting victims rising by 27.9% in the same period.

Shea said that the dramatic increase in violence has been on its way since the beginning of the year, insinuating that the more lax bail reforms were responsible for the spike in shootings.

New York's bail reforms include the elimination of cash bail for certain offenses and Shea said that there was "literally no one in jail" at present.

However, overall crime has actually fallen by 2.5% since the beginning of the year in New York, according to reports.

He indicated a connection between the shootings and quality of life offenses, like public drinking and street-level drug dealing, which have not been a major focus for the NYPD this year.

Mayor Bill de Blasio, meanwhile, announced that hundreds of police officers who would normally be consigned to desk duty will take to the streets to help mitigate the threat of further gun crime.

The NYPD will be focusing on enhancing police presence in 20 precincts across the city, specifically in the Bronx and North Brooklyn were shootings have been particularly intense.

"We know when there's shootings they beget more shootings. We understand retaliation, we understand gang dynamics. And I've heard from a number of community leaders that they are increasingly concerned," de Blasio said last Monday.