Figures reveal that there has been a post-Brexit surge in the number of British applications for Irish passports. 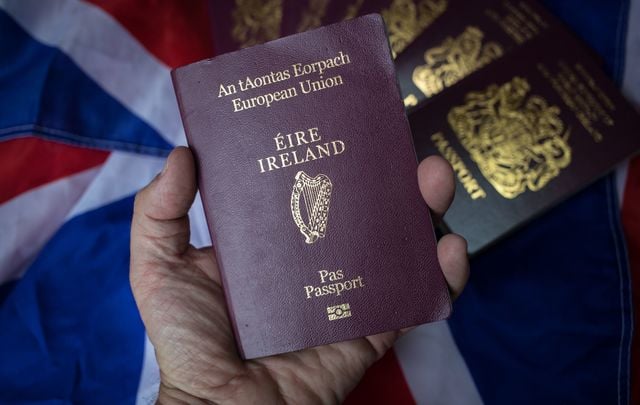 British applications for Irish passports have surged since Brexit Getty

There has been a surge in British people applying for Irish passports new figures have shown.

Richmond said, “In 2015, the year before the referendum, there were 46,229 applications, consistent with the annual average up to then.”

(These figures do not account for applications from Northern Ireland.)

“Figures for the first half of 2018 show the number of applications received by the Embassy in London is already at 44,962.”

“Embassy officials predict that based on this, 2018 will be the busiest year so far for Irish passport applications in the UK.”

Richmond said that in the wake of Brexit, it was important to seize the opportunity of building better Irish-British relationships. “While many in the UK are concerned with the looming disaster of Brexit, we must seize the positives from this new wave of people reconnecting with their Irish heritage, our post-Brexit UK-Irish relations can be built on a strong, connected diaspora.”

Some earlier news reports stated that approximately 15,000 British people have been denied Irish passports. This erroneous figure arose from the difference between British applications for Irish passports (80,752) and Irish passports issued through the embassy in London (65,678). The figure does not account for passports that may have been issued online or attained through other means.

In the first year and a half since its launch, Ireland’s online service for Irish passports has issued 270,187 passports.

The actual number of British applicants denied an Irish passport is not known but is thought to be small and in the double digits.

Anyone born to an Irish parent or grandparent can apply for an Irish passport. Figures estimate that as such, nearly 10% of the UK population (excluding Northern Ireland) can successfully apply.

Have you ever applied for an Irish passport? Share your experience in the comments