A 29-year-old police officer was told she was ineligible for the job because she did not have a UK passport, despite her being able to work for the English police force. 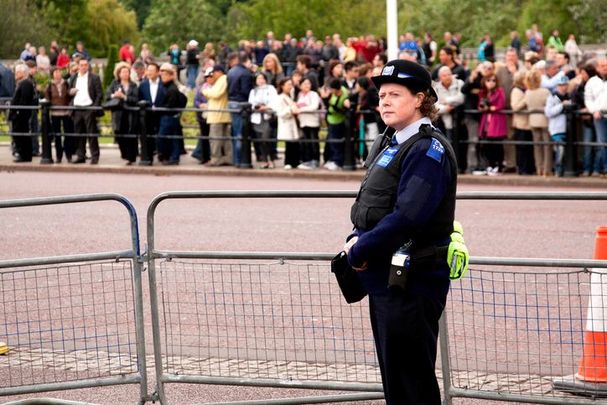 A 29-year-old policewoman from Belfast has revealed that her application for the UK Border Force was denied because she had an Irish passport. iStock

The British government was forced to remove a British-passport-only requirement for UK Border Force jobs amid mounting pressure.

A 29-year-old policewoman from Belfast has revealed that her application for the UK Border Force was denied because she had an Irish passport. The British government has since been forced to re-advertise the jobs without the requirement for a British passport after mounting pressure. They stated that it was an “error.”

"I thought if I asked them about it, it could be rectified but it wasn't. I was just very disappointed," the woman, who works as a police officer in England, told the Irish News.

"I sent it in writing, citing the Good Friday Agreement and telling them about my current role and that it's highly vetted, and they just responded saying Irish nationals can't apply because it's a reserved post."

Under the terms of the Good Friday/Belfast Agreement, which celebrated its 20th anniversary on April 10, 2018, citizens of Northern Ireland can claim British or Irish citizenship or both. Only British passport holders were said to be entitled to apply for the 21 new Belfast-based roles on the Border Force, however, fuelling fears that a “hard border” will be put in place after Brexit.

Read more: British vote for Brexit was doing the right thing for them

After the requirement was revealed by the Irish News, the Home Office apologized and said that the application packs should only have looked for a valid passport.

Last November, however, the policewoman, who does not wish to be named, was told she could not apply.

"We can confirm that as this is a reserved post, all candidates must hold a full UK passport in order to apply," they wrote.

"But I don't believe it was an error. I challenged it with them and they didn't rectify it at the time," the woman said.

The British Border Force carries out customs and immigration checks on people and goods entering the UK. With a salary ranging between $29k (£20k) and $39k (£27k), the roles are described as “reserved posts” meaning  "only UK nationals may be employed" and "under no circumstances may any other nationals be employed in reserved posts."

I find it worrying that only British passport holders are permitted to apply for new Border Force jobs being established in NI in preparation for Brexit. Why not also Irish passport holders? Both nationalities+citizenships reside in NI+are recognised in NI-allowed so by the GFA.

According to the 2011 census, a quarter of the passports held in the North are Irish although this percentage may have risen with a large number of Northern Ireland citizens choosing to acquire an Irish passport in the wake of the Brexit referendum vote. The demand for an Irish passport rose so much in the immediate aftermath of the referendum that locations in Northern Ireland ran out of application forms.

Both the Irish and British governments and the EU have spoken of the desire to prevent a hard border being implemented in Northern Ireland although a strategy for how this will be avoided is yet to be decided as Brexit talks continue.