Ellie Lawther, the oldest woman in Northern Ireland, passes away on June 16. 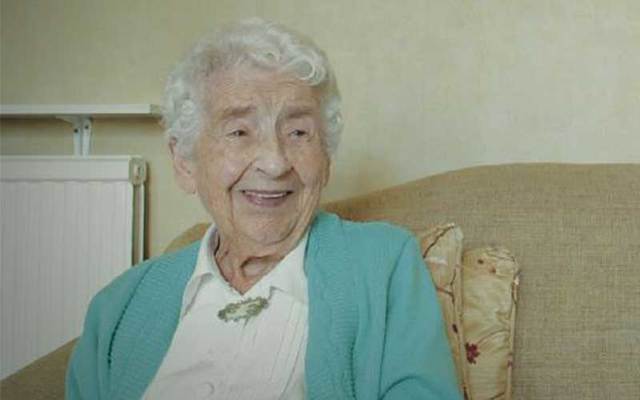 Ellie Lawther, the oldest woman in Northern Ireland, has died. She was 109 years old.

Ellie was born in Belfast in 1909, before a divided Ireland and before women had the right to vote. She lived through two world wars. Ellie worked as a seamstress and married Harold, a repair man, with whom she had three children, six grandchildren, and nine great-grandchildren, The Irish Post reports.

In her later years, she received birthday cards from the Queen and medals from Irish presidents. She was also featured in the Irish documentary Older Than Ireland.

Her advice for anyone wanting to live a long life: “Don’t ever drink or smoke.”

Ellie has been a resident of St Finnian’s House in east Belfast for the last 24 years.

She died at the Royal Victoria Hospital in Belfast on June 16, after a short illness.

“We knew she was on her way out but she did very well. She was like the house mascot at St Finnian’s and everybody loved her,” Ellie’s son Frederick told The Belfast Telegraph.

“I was there just after it happened and they were absolutely choked with emotion, they were all very attached to her.

“She would share so many memories from her past – like going down to see the troop ships leaving Belfast and her cousin coming back wounded from the war.

“She remembered when Belfast had jaunting cars in the days before trams and everything was electrified.

“She spoke about being evacuated during the war years out to Drumaghlis near Ballynahinch with her whole family circle and coming back to Belfast after the Blitz.”

Funeral services were held at the Roselawn Crematorium in Belfast on June 21.

Rev Maureen Hazzard, who led the service at Roselawn Crematorium, said of Ellie: "She was a special lady who touched lives from the youngest to the oldest. She was a lady who might have been very small in stature but very determined and fiercely independent.

"So she's remembered now for her twinkly eyes and mischievous smile."