The small community of Greencastle, Co Tyrone, in the Sperrin Mountains, is thought to be sitting on about $3.8bn worth of gold. 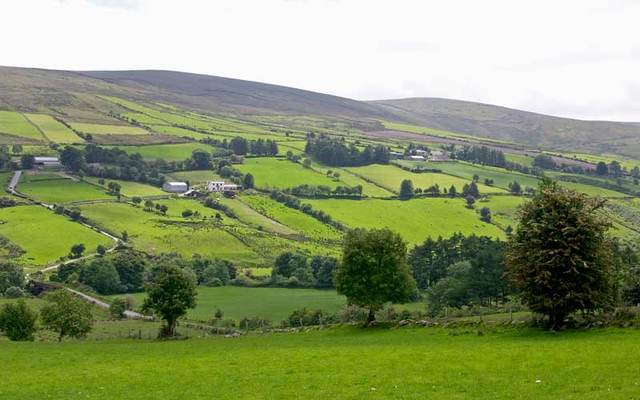 Locals in a Northern Ireland town are split over a proposed gold mine, which could create hundreds of jobs and bring money into the area.

The small community of Greencastle, Co Tyrone, in the Sperrin Mountains, is thought to be sitting on about $3.8bn worth of gold.

The Sperrin Mountain range stretches from Strabane in Co Tyrone to the shores of Lough Neagh in the east and has been designated as an Area of Outstanding Natural Beauty.

Canadian mining company Dalradian Gold has spent about $170m exploring the site since 2009, reports The Guardian. In 2017, the company submitted a planning application to build an underground mine and processing plant.

Protesters, who want to preserve the area’s natural beauty, set up a caravan camp, called the Greencastle People’s Office, on the land two years ago.

“We are absolutely determined. There are people here who have said they are prepared to sacrifice their lives for the land and for the air and for the water here to keep it for their children and their grandchildren,” anti-mine protestor Fidelma O’Kane told Al Jazeera English.

On June 29, Northern Ireland’s government announced a public inquiry into the application. It says it has received over 40,000 responses, and 37,000 of these were objections to the mine.

However, there are people in the community who welcome the mine and the jobs it would bring.

The company, whose local office is located in the village of Gortin, about 12km from Greencastle, says that the mine will create 350 direct jobs and will also foster indirect employment in the area.

Dalradian Gold Community Relations Manager Peter McKenna told The Irish Times last year:  “I would be extremely confident that the majority of people in Gortin and Greencastle are in support of the mine, but those who support it tend to stay quiet.”

Read More: Ancient Ireland's understanding and reverence for the environment

The protesters argue that the risks of the mine outweigh any potential benefit of additional employment in the area.

“What’s the cost of those jobs?” asked Sean Tracey. “They even state themselves that the lifespan of the mine is between 20-25 years, so best-case scenario you get those jobs for that length of time but it’s destroying the environment and leaving the consequences of the mine behind it for ever.”

McKenna refuted this: “Once the working life of the mine is over, the site will be rehabilitated and the land reclaimed in a way that is in keeping with the landscape and the characteristics of the local area.”

However, protesters are adamant.