Dreams come through for British metal detectorist in County Antrim who discovered 84 gold coins worth $128,552 in his friend's field. 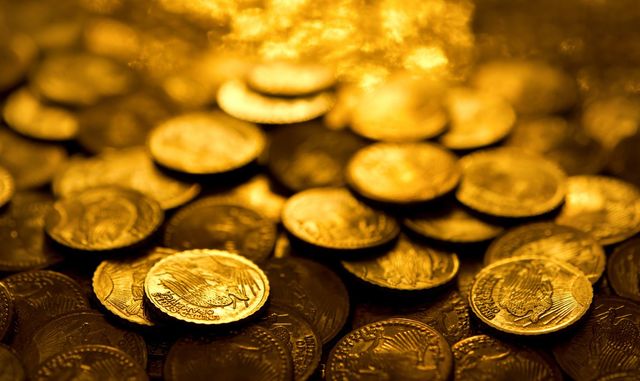 A metal detectorist, who was searching for his friend's lost wedding ring, found a stash of 84 gold coins worth $128,552, in Ballycastle, County Antrim, while on holiday.

The coins are believed to date back as far as King Henry VII's reign, in the early 1500s.

Paul Raynard (44), the metal detectorist, is a lighting engineer,  from Keighley, West Yorks. He burst into tears when he discovered the treasure, in 2019, and exclaimed: "This is the moment we dreamed of."

Read more: Looking for gold in Ireland? Here’s where to find it

The father who two who was helping out a pal in a jam, while on vacation told the Irish Sun, "It was an amazing feeling- like checking your lottery numbers and realizing you have the jackpot."

He added "I was shaking. I still can’t believe it."

Initially, the pair found a five-pence coin and a horseshoe before they stumbled across the treasure trove.

Raynard was vacationing at his friend Michael's farm, in Ballycastle, when he asked for help finding his wedding ring in the fields. They did not find the ring.

The coins are now being valued at the Ulster Museum, in Belfast.

Back in April 2019, in Buckinghamshire, in the southeast of England, a similar miracle occurred when 550 rare coins were found by four detectorists who were taking part in a metal detector rally. They are said to be worth $195k. The hoard was then nicknamed the "Hambleden Hoard."

The Buckinghamshire stash included 12 rare gold coins from the Black Death, the time of the Plague. The silver coins are from the reign of Kings Edward I and II (1272-1327). They are a rare mix, from Lincoln, Birmingham, Ireland, and Scotland.

This is the biggest hoard to have been discovered in the United Kingdom in the past decade.

Read more: A guide to valuing all your old Irish coins