Looking for gold in Ireland? Here’s where to find it

Where on the map of Ireland would you find gold? We look at the history of gold mining and panning in Ireland and which rivers are the best when you look for your rich golden nugget. 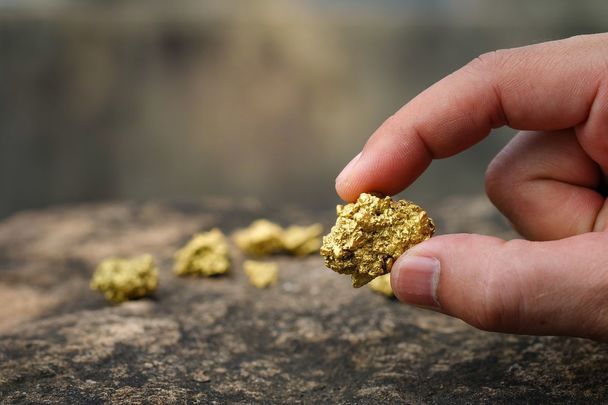 The history of gold mining in Ireland and the best rivers on the map to look for gold.

After Irish gold miners Conroy Gold and Natural Resources confirmed the discovery of gold worth an “exceptional” $667m while test drilling at their site in Clontibret, we’ve been increasingly intrigued by the history of gold in Ireland and just how much of the luxury nuggets could be found in Ireland’s rivers or deeper down in the soil.

You may be surprised to learn about the amount of gold to be found on the Irish map but it’s still not enough to cause any kind of gold rush in the near future.

Where can you find gold in Ireland?

As recently as 2016, the Geological Survey of Ireland revealed: "As well as confirming high levels of gold in streams near the Goldmines River and Avoca regions of Wicklow, the new data identifies high gold values in streams that flow across and along the edges of the Leinster granite, a complex area long thought to be a source for the gold mineralization in the region.

"The recently re-analyzed data . . . also highlights a broad zone of gold in Co Wicklow, north of the Sugar Loaf region where only small traces of the precious metal have been found previously."

Co. Waterford, in the Dungarvan to Stradbally area, known locally as the “Gold Coast” was also shown to have high gold values in streams.

More used to be known about the various gold locations in Ireland thousands of years ago. In fact, more Bronze Age gold hoards have been found in Ireland than anywhere else in Europe. Unfortunately, this knowledge of gold has been lost through thousands of years of immigration and now there is very little gold mining happening in the country.

One handy hint could be in Irish place names, however, with some believing that “ore” within a name could have stemmed from “ór” in Irish, meaning gold.

Irish rivers and panning for gold

There are certain laws that oversee the panning for gold in Irish rivers. Recreational panning is allowed but a license is required from the State for any more mining activity. “Recreational” is defined as panning that uses only hand-held, non-motorized equipment and you can forget about selling anything you find afterward.

Has gold ever been found in your area in Ireland? Let us know where and when in the comments section, below.