Nora Quoirin's parents Meabh and Sebastien believe there is a "criminal element" to the disappearance and death of their 15-year-old daughter in Malaysia. 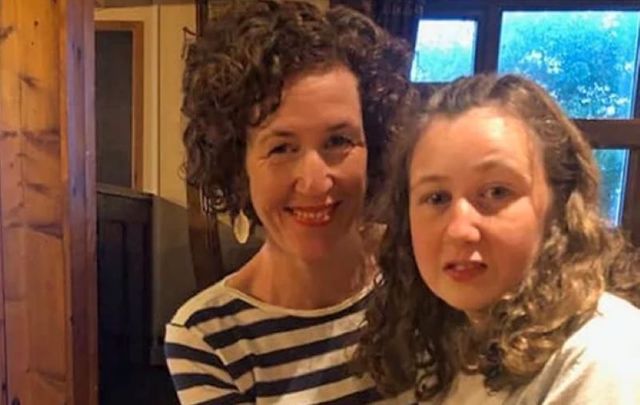 Nora Quoirin's parents Meabh and Sebastien are seeking an inquest into their teen daughter's disappearance and death in Malaysia this past summer. RollingNews.ie

Nora Quoirin’s parents Meabh and Sebastien are hoping to secure an inquest into their 15-year-old daughter’s death which occurred in Malaysia this past August.

The Quoirin family, who have been based in London for the past 20 years, are well-seasoned travelers who set out on the “trip of a lifetime” to Malaysia this past summer. After their first night in the resort, Meabh and Sebastien discovered that 15-year-old Nora, who has special needs, had disappeared from the hotel room.

A massive search operation was launched and Nora’s body was tragically found 10 days later about 2km from the hotel. Initial exams determined that Nora died from intestinal bleeding, likely caused by starvation and or stress.

The teenager, who had traveled to Malaysia on an Irish passport she got through her Belfast-native mother, was laid to rest in Belfast.

RTÉ reports that Nora’s parents met with officials from Ireland’s Department of Foreign Affairs on December 18 in hopes of having the Irish government secure a Malaysian inquest into their daughter’s death. The husband and wife later described the meeting as “positive.”

RTÉ adds that French officials are also keen to assist the Quoirin family; Nora’s father Sebastien is a French national.

While Malaysian authorities have carried out a post-mortem examination into Nora’s death, the final report has not been released to the Quoirin family.

Sankara Nair, an attorney for the Quoirin family, told RTÉ: "Frankly it beats me because it would only take an email to me to say it's progressing or proceeding. It's just they're not replying.

"They came with an interim initial report but you can't rely on an interim report alone. There are toxicology and other samples that were taken for such tests. They ought to have given the family the full report by now but they have not," Nair said, adding that authorities told him it could take another two months before the full report is released, which is longer than the average three months.

For the first time, Meabh and Sebastian Quoirin speak publicly about the death of their teenage daughter Nóra in Malaysia | https://t.co/OlhRx8874a https://t.co/gaEAzG3UJU

Speaking with RTÉ alongside her husband Sebastien, Nora’s mother Meabh insisted that it would have been "impossible physically, mentally to imagine that she [Nora] could have got any distance at all.

"She never even walked as far as our neighbours' front door by herself," says Meabh.

"For us, something very complex happened. We have insisted from the beginning that we believe there was a criminal element to what happened."

"And crucially we're struggling because it was difficult to get resources in place fast enough to investigate a criminal angle.

"While a post-mortem when it comes through may give us answers, and has already given us some basic answers around what caused Nora's death, it doesn't explain any of how she could possibly have got to where she was found."

Nora’s father Sebastien said: "To think that Nora might get up in the middle of the night, naked, barefoot, get out of the bungalow into the jungle, bearing in mind the terrain is extremely steep and dangerous, in total darkness, makes absolutely no sense.

"We think it is absurd to think about this possibility."