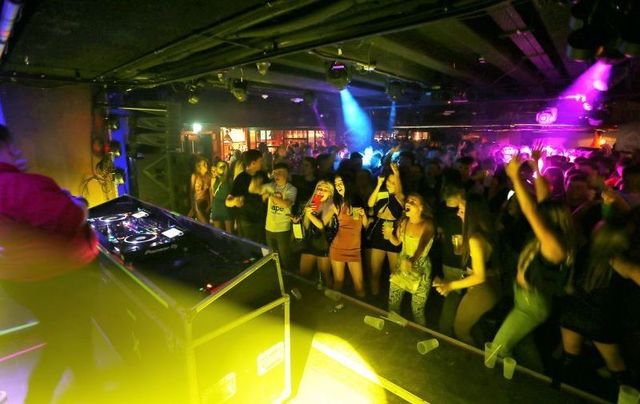 October 22, 2021: People inside the TramLine Club in Dublin, as night clubs around the country re-opened and were permitted to have live acts and dancing again. RollingNews.ie

Many pub entertainers locked out for 595 days during the pandemic may have to struggle beyond next Christmas because of confusion over reopening guidelines, a leading industry source has claimed.

He said the sudden change in guidelines means that many bars will not now put on live music. He claimed that meant many musicians will not get gigs they were hoping for in the run-up to Christmas.

O’Keeffe was speaking on RTÉ Radio on Tuesday just before government officials and industry stakeholders met to finalize plans for how nightclubs and late-night venues will operate in the coming months.

The Department of Arts and Culture and the Department of Enterprise held a meeting on new guidelines which was also attended by groups representing pubs, nightclubs, and live venues.

Among the items on the agenda was a new ticketing system for events in late bars and pubs where dancing takes place. Patrons will be required to acquire an electronic ticket an hour before admission when the regulation becomes law later this week.

O’Keeffe told The Irish Times that his group will seek a two-week delay in enforcing the new requirement so the industry has an opportunity for adequate preparation.

Ireland’s almost total reopening over the bank holiday last weekend, with street-long queues in Dublin and other towns outside clubs and late bars, coincided with an increase in Covid cases in hospitals and intensive care units.

Although Ireland has one of the world’s best vaccination rates, with over 90 percent of the population over 12 already jabbed, as of 8 am on Tuesday morning there were 513 hospitalized Covid-19 patients, an increase of 16 over Monday. Of these, 99 were being treated in intensive care units.

It was the first time since early March that over 500 patients with Covid-19 were being treated in hospitals around the country. The seven-day average of cases was 2,110, up from 1,713 a week ago.

Meanwhile, according to sources quoted in the Irish Independent, the government and the National Public Health Emergency Team (NPHET) believes hospital numbers will peak in November and fall towards Christmas.

One unnamed minister told the paper there was no appetite to impose new restrictions. The minister added, “There is a need to hold a sense of perspective and an effort to live with Covid.”

However, there would continue to be a major effort to encourage those who have not yet been vaccinated to come forward.