Irishman Declan Garrity was charged with animal cruelty in the New York Supreme Court in 2016, prompting the establishment of an animal abuse squad in the city. 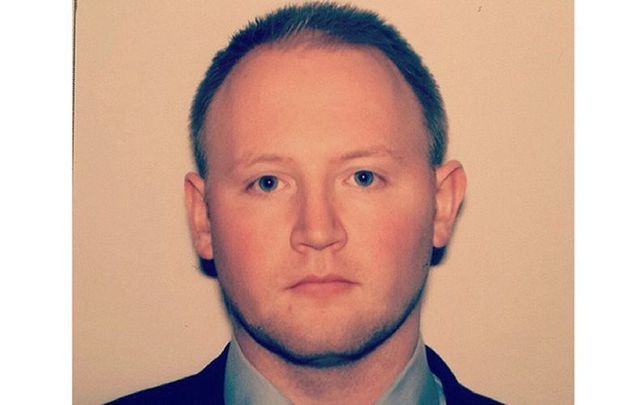 Irishman Declan Garrity was charged with animal cruelty in the New York Supreme Court in 2016, prompting the establishment of an animal abuse squad.

Animal cruelty inflicted by an Irishman cited as a reason behind the establishment of a new animal abuse squad in New York.

The 2016 case in which Irishman Declan Garrity was charged with abusing his New York housemate’s cat is being cited as one of the reasons behind the establishment of a new animal abuse unit in the city.

A specially trained team of prosecutors has recently been put together for the Animal Cruelty Program, with Tanisha Palvia appointed as their lead. Palvia previously took a case similar to Garrity’s against Zheheng Feng, who was charged with killing his girlfriend’s dog. She also prosecuted disbarred attorney Anthony Pastor for beating his girlfriend’s poodle to death two years ago.

The Program will investigate cases referred to them by the American Society for the Prevention of Cruelty to Animals (ASPCA) and the NYPD's Animal Cruelty Investigation Squad.

“This formalized program streamlines our work and ensures that each case is overseen by an expert in the field.”

Declan Garrity, 25, was arrested on February 24, 2016, and charged with aggravated cruelty to animals as well as torturing and injuring animals. The arrest came after his roommate, Danielle, discovered her pet cat Lucy had received multiple unusual injuries. The Co. Tyrone man was accused of ripping out the cat’s nails, breaking bones in her face, pelvis, and legs, and burning the animal.

The abuse is believed to have taken place over the course of three months, from the time Garrity moved into the Upper East Side apartment. As early as January 2016, his housemate noticed problems with the cat. Garrity claimed the cat's injuries were a result of an iron falling on her.

He is charged with two counts of aggravated cruelty towards animals, a charge that can carry a sentence of up to four years in jail.

Declan Garrity has been living in the US since 2014 and working as a financial analyst with Barclays.

Although initially released on a $6,000 bail, Garrity was arrested for a second time just days after his release when he returned to his shared apartment to collect his belongings outside of the time allotted by the judge and without a police presence which was also prescribed by the court.

He was released a second time but in April 2016 his bail was revoked and Justice James Burke issued a bench warrant in his name after he failed to appear in court.

By this time, Garrity had returned to Ireland fearing he would also come into visa difficulties after being fired from his job as a financial analyst with Barclays. The Queen's University Belfast Economics graduate had been legally working in the US on a visa since 2014, but he was warned that the the loss of his job meant he had a month to either leave the US or make other arrangements for him to legally remain in the country.

Garrity's defense lawyer Telesforo Del Valle Jr. has protested that following the incident in March 2016 in which Garrity was rearrested on returning to the apartment, the man from Omagh wished to avoid any further violations of law. Assistant District Attorney Erin Satterthwaite has stated that immigration rules would not apply while Garrity was involved in a criminal case, however.

Do we need to do more to protect our animals? Would you like to see an animal abuse squad established in your area? Let us know your thoughts in the comments section, below.