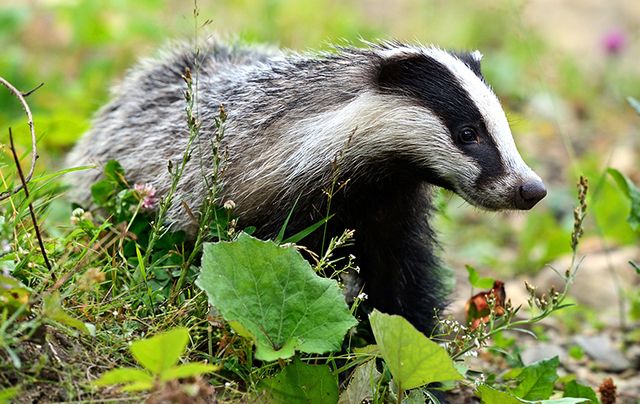 Between 6,000 and 7,000 Irish badgers legally snared or shot each year. iStock

Have you ever seen a badger in the wild in Ireland? With their distinctive white and black stripes they’re very hard to miss, when you’re out in the woodlands and lucky enough to spot one that is.

You might not get to see many of them much longer, however. That’s because between 6,000 and 7,000 of them are legally snared or shot each year on the pretext that they spread TB among cattle. Although the truth is that despite these large annual culls TB remains persistently high.

The way that most Irish people come into contact with badgers now is as road kill unfortunately,  and that’s increasingly true of whole sets of Irish wildlife as their habitats come under threat from mass farming and encroaching new developments.

None of this is new. In Whittled Away, Ireland’s Vanishing Nature author Padraic Fogarty, an ecologist and former chairman of the Wildlife Trust, quotes a prescient Irish government report from 1969 that gives the book its title.

“Ireland’s heritage is being steadily whittled away by human exploitation, pollution and other aspects of modern development. This could represent a serious loss to the nation.”

Indeed it has.  As Fogarty notes, nature in Ireland is disappearing at an alarming rate thanks to over-fishing, industrial farming and industrial pollution decimating their wildlife habitats.

“You won't heat the cry of a curlew out here!” said an old Harp larger ad from the 1980s, when an Irish construction worker in Saudi Arabia thinks of home.

But in fact you won’t hear the cry of the curlew in many of the bogs of Ireland now, as their presence is becoming a folk memory rather than a fact. It’s only three decades since that famous ad was made.

You might not know this, but Ireland is seriously lagging behind when it comes to the commitments of the Paris climate accord. By 2020 the country will have achieved only a paltry five or six percent reduction in its emissions, with greenhouse gases from transport and agriculture actually rising nationwide. This will leave it open to serious EU fines in a few short years.

It looks green from the arriving airplanes, but per capita its emissions are the third highest in the EU, and it is one of only four EU states (alongside Belgium, Luxembourg and Austria) that’s expected to miss its 2020 targets.

Pollution may be ticking upward not down as well. With no public announcement or discussion of any kind the government issued a license in July giving the go-ahead for oil drilling on the Porcupine Bank located off Ireland’s west coast.  It seems the Irish government would bulldoze Tara without a planning notice if they thought there was a euro in it.

Fogarty notes that all is not lost, however.  Although Ireland all too frequently ends up in the European Court of Justice for flouting environmental commitments, it can still be smart and course correct, filling depleted seas with fish and farming in concert with nature, including creating forests that benefit both people and wildlife.

Fogarty also makes a convincing case for the return of long lost but once indigenous species like wild boar, cranes and even wolves, showing both how and crucially why the interests of the country and nature can be reconciled.

Most of all, if we want to see real change in how we fish or use the Irish landscape, it has to happen at the government level Fogarty argues.  Irish politicians need to have a longer-term vision for the country than merely catering to the latest deep-pocketed lobby group rather than the public.

In particular Fogarty would like to serious a serious rebooting of the National Park and Wildlife Service (NPWS) allowing it to lead the renewal of the nations four green fields. For a start it would help if Ireland’s representatives could invest in the landscape in the same imaginative way they do for the tourism and culture. They are utterly interconnected after all. Ireland’s greatest writers and poets were inspired by the country’s unspoiled nature and wildlife.

Would it be such a stretch to want to maintain the places and wildlife that made their work so distinctive in the first place?