The recently proposed historic trail will feature both popular and lesser-known sites in western Co Cork. 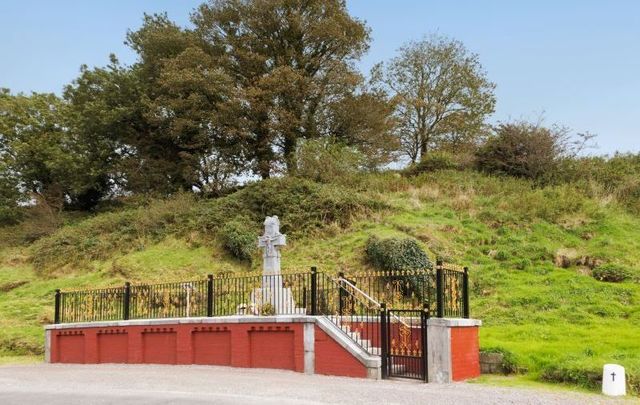 Memorial where Michael Collins was killed in Co Cork, and a proposed feature of the Cork Rebel Way. Getty

Plans for a new historic trail through West Co Cork have been laid out in association with the Michael Collins Centre, also based in Co Cork.

Read More: The fascinating history of Cobh in Co Cork

In a public Facebook post, the Michael Collins Centre revealed that a recent meeting amongst community members helped give shape to the proposed Cork Rebel Way route in the western portion of the county.

Cork Rebel Way Recently a meeting was held at the Michael Collins Centre Castleview near Clonakilty to establish a new...

“The driving route is to be called the ‘Cork Rebel Way’ and the aim behind the plan is to encourage and guide visitors to the many sites associated with the 1916 rebellion, the War Of Independence, and Civil War throughout West and Mid Cork.”

“The initial area envisaged for the Cork Rebel Way would take in the territory from Kinsale in the east to the Beara Peninsula in the west, and from the Wild Atlantic Way along the South Cork coast to the Cork Macroom / Killarney road (N22) in the North.”

Organizers hope that the new route will drive tourism in some off-the-beaten-path areas: “The Cork Rebel Way plan will encourage visitors to visit the small towns, villages and the countryside located off the usual tourist routes. Visitors would remain in the area for longer and hopefully make a return visit, with an obvious economic boost for local business.”

The post added: “The generation that fought and lived through the troubled times, Men and Women, will be remembered and commemorated on the Cork Rebel Way. The people of Ireland in 2019 owe a huge debt of gratitude to that generation. We have them to thank for the democratic rights, freedom, and choices that we enjoy today.”

While well-known sites like Kilmichael, Béal na Blá, and Crossbarry are set to be included in the route, some lesser-known sites like Rosscarbery, where the attack on the RIC barracks took place in 1921, Ahawadda near Timoleague, where three RIC constables were ambushed in 1920, and Crois na Leanbh near Kilbrittain, where four IRA volunteers were shot while trenching a road in 1921, would also be promoted.

Additionally, the sites of the Battle of Kinsale (1601), the attempted French Landing in Bantry Bay (1796), and the Battle of the Big Cross (1798) are set to be included, with special nods to the Great Hunger, Land War Evictions, and the sinking of the Lusitania off the Co Cork coast forming the trail.

Read More: Five dishes you have to eat when you visit Cork city

EchoLive reports that a special free magazine entitled Cork Rebel Way will be distributed to local hotels, libraries, and tourism offices by June 1 to help guide visitors through the route.

Would you be interested in traveling the Cork Rebel Way? Let us know in the comments!