Three Irish executives at the NYC construction firm Navillus have submitted a motion to be acquitted or be granted a new trial after being convicted of fraud in October. 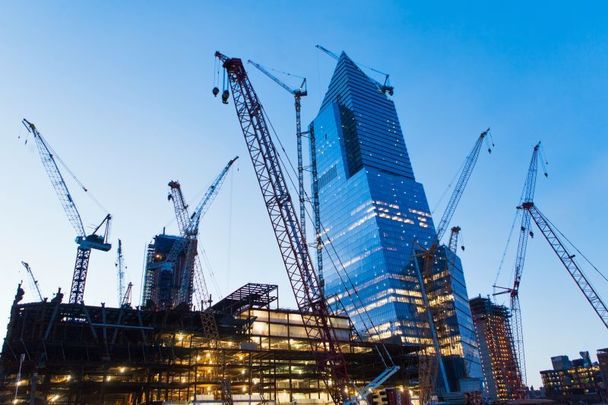 Construction in New York City. Navillus is one of the largest construction companies in NYC. Getty Images

Donal O’Sullivan, his sister Helen O’Sullivan, and Padraig Naughton, who were convicted of fraud related to their involvement with the NYC-based Navillus Contracting, have filed a motion for acquittal or a new trial.

Navillus was founded in 1987 by the O'Sullivans not long after they emigrated from Ireland to the US. Donal O'Sullivan is the founder, owner, and president of the construction company, one of the biggest in New York City, and his sister Helen O'Sullivan is a payroll administrator. Padraig Naughton is the financial controller.

In October of last year, a jury found the trio guilty on all 11 counts charging wire fraud, mail fraud, embezzlement from employee benefits funds, submission of false remittance reports to union benefits funds, and conspiracy to commit those crimes.

Breon Peace, United States Attorney for the Eastern District of New York, said upon the verdict: “As found by the jury, the defendants deliberately devised a fraudulent scheme to avoid making required contributions to union benefits funds on behalf of Navillus’s workers, in order to deprive the workers of benefits they had earned and deserved.”

The District Attorney’s Office said: “Navillus was a signatory to multiple collective bargaining agreements that required the company to make contributions to union benefits funds, such as health, pension, and vacation funds, for all ‘covered work’ performed by its workers at construction sites.

“Between 2011 and 2017, the defendants engaged in a scheme to avoid making these required contributions by placing some of Navillus’s workers on the payroll of another company (the 'Consulting Company.') The Consulting Company then issued weekly paychecks to those Navillus workers for work they did on Navillus construction jobs.

It has now emerged that roughly a month after the verdict, a motion was filed seeking either acquittal or a new trial for the defendants.

The motion argues: “For all the witnesses, emails, documents, and stipulations presented at trial, a fundamental evidentiary gap persisted throughout: the absence of evidence of Mr. O’Sullivan’s alleged criminal intent and knowledge."

In December, the government responded and requested that the defendants’ motions be denied.

However, representatives for the defendants retorted in January that "the government’s effort to defend the unsupported verdict against Donal O’Sullivan is patently unsuccessful” and requested that they be acquitted or granted a new trial.

Representatives for the O'Sullivans and Naughton have requested that the court permit oral argument of O’Sullivan’s motions for a judgment of acquittal or a new trial.

Court documents show that two letters, written in November, were submitted in support of the O'Sullivans. Both of the letters make note of the siblings' charitable works and contributions to the Irish community in New York.