Police appeal for information after pregnant woman murdered in Armagh

Natalie McNally, 32, was 15 weeks pregnant when she was stabbed to death in her home in Silverwood Green, Lurgan on Sunday, December 18. 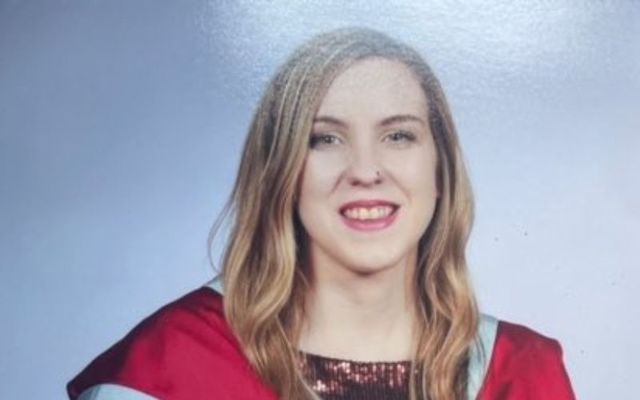 Northern Irish police investigating the murder of pregnant Armagh woman Natalie McNally have released CCTV footage in the hope of catching her killer.

Natalie McNally, 32, was 15 weeks pregnant when she was stabbed to death in her home in Silverwood Green, Lurgan on Sunday, December 18.

Police described the killing as a "violent death" and said McNally was stabbed "a number of times".

A 32-year-old man was arrested on Thursday in connection with the incident and released on bail later on Thursday to allow for further inquiries.

The PSNI released footage of the man suspected of killing McNally on Thursday, with footage showing a man carrying a rucksack arriving in Silverwood Green on Sunday evening.

Detective Chief Inspector John Caldwell said in a statement that the man was seen arriving in Silverwood Green at 8:52 p.m. on Sunday.

"Today, we are releasing CCTV footage, which shows a man, carrying a rucksack, arriving at Silverwood Green on Sunday night at 8.52 pm. Then, at 9.30 pm, we see him walking out of Silverwood Green. He appears to be wearing white footwear, possibly trainers," Caldwell said.

"My thoughts remain firmly with Natalie’s devoted parents and family, who have suffered terribly. And my appeal is to anyone with information to please come forward."

Independent charity Crimestoppers is offering a reward of up to £20,000 to anyone who provides information that leads to the arrest and conviction of the person responsible for McNally's murder.

At a press conference on Thursday, McNally's brother Niall called on those responsible to "do the decent thing" and come forward.

"Her killer has denied Nats the opportunity of being a mummy. I am appealing on behalf of our family to bring any information to police or Crimestoppers to help them put Nats' killer behind bars."