Nadine Lott has tragically passed away after being brutally attacked in her Co Wicklow home on Saturday. 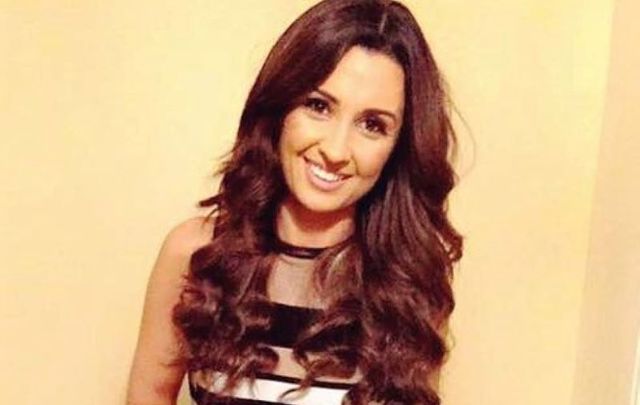 Nadine Lott was rushed to the hospital with "serious injuries" in the early hours of December 14. Facebook

*Update: The Irish Times reported late in the day on December 17 that Nadine Lott has passed away from her injuries. The below was published on December 16:

Nadine Lott, an Irish mother-of-one, is fighting for her life after being subjected to a horrific attack in Arklow, Co Wicklow home during the early hours of December 14.

Read More: Man fled naked to granny's house after being caught with another man's fiancee

The Journal reports that 32-year-old Daniel Murtagh from Clondalkin, Co Dublin has been arrested and charged in the incident. Gardai objected to bail due to the seriousness of the alleged attack.

When charged, Murtagh, who is "well-known" to Lott, reportedly told the court "sorry."

Read More: Family outrage as “one punch killer” Irishman gets just six months in US jail

The Independent reports that Lott was “stabbed and physically assaulted” during the early hours of Saturday morning in her apartment before the suspect fled.

Lott’s six-year-old daughter was present during the attack but was not physically harmed.

Amela Kulenovic, one of Lott’s neighbors who responded to the scene, told the Sunday World about the events: "When I went in I saw the blood and I panicked.

"All I could think of was how I was going to get her out of there safely."

Kulenovic added: "He was still there standing in the sitting room but he didn't say anything. He was just grunting and moaning.

"When I saw Nadine lying there and the blood I just panicked and started shouting.

"Then I got [the child] to come to me and I grabbed her.”

Read More: Irish teen will have to learn how to walk again after savage machete attack

A search operation was launched for the suspect but was called off a few hours later when a crashed car was discovered about 35km from Lott’s home. There a man was arrested and taken to the hospital where he was treated for injuries sustained during the crash. He was discharged and arrested.

Lott was rushed to St. Vincent’s Hospital in Dublin where she remains in critical condition while her family keeps a bedside vigil.

WicklowNews reports that community members in Arklow are organizing a vigil for Lott on Monday evening.