An Irishman ran naked to his granny’s house after being found in bed with another man’s fiancee and hit over the head with a Baileys bottle. 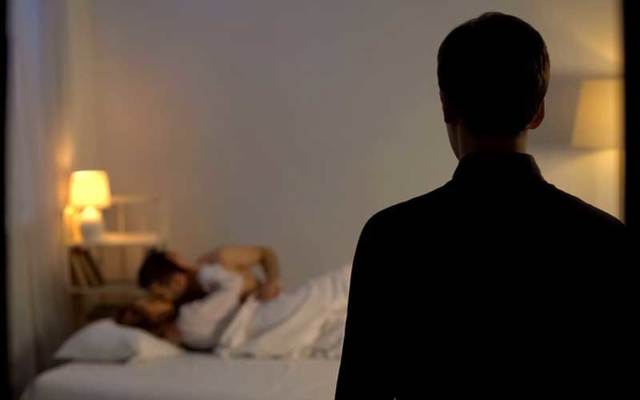 An Irishman had to flee naked to his grandmother's house after being found cheating with another man's fiancee. Getty Images

An Irishman ran naked to his granny’s house after being found in bed with another man’s fiancee and hit over the head with a Baileys bottle.

A court heard that Noel McGreen, 37, hit James Bracken, 29, over the head with a bottle of Baileys after finding him in bed with McGreene’s then-fiancee on February 12, 2017. The injured Bracken fled naked into the night to his grandmother’s house.

Brian McInerney, the counsel for the defense, told the court McGreen “found himself unexpectedly confronted with circumstances that no red-blooded man would wish to be confronted with.”

His client was, he said, was “confronted with a large element of provocation.”

“Mr McGreene accepts that he over-reacted because he pleads guilty to a crime. He picked up the Baileys bottle and he ejected Mr Bracken from the premises in fairly short order.”

Det Gda Paul Heaslip told the court that after McGreene found Bracken at home in bed with his fiancee he picked up a glass bottle and hit Bracken over the head.

“Mr Bracken then proceeded to flee the bedroom down the stairs where Mr McGreene tried to punch him while he tried to flee.”

Bracken ran out the door “wearing no clothes and ran across Kilkee to the home of his grandmother.”

Later that day Bracken went to the emergency department at University Hospital Limerick. According to the medical report, he sustained a jagged 6cm-long wound to the back of his scalp. Bracken also reportedly had bruising around his right eye and a small wound to the left frontal region of his head.

When Bracken’s mother later came to McGreene's address to get her son’s clothing, McGreene threw the items out the window.

According to the defense counsel, Bracken knew McGreene over a long period and also knew the woman in question. However, Bracken did not believe the two were in a relationship at that point in time.

McInerney said that on the night in question,  Bracken “was out socializing with the lady for a considerable period of time.” They returned to McGreene’s home, drank Baileys and brought the bottle to the bedroom.

McGreene returned to his bedroom unannounced and found the two in bed.

On Friday, during his victim impact statement, Bracken told the court he thought he had hypothermia as he fled naked into the freezing night. He also said he though McGreene was going to kill him, The Irish Times reports.

“I was hit repeatedly on my head and my face with a bottle of Baileys. I was thrown down a flight of stairs from the top to the bottom. I got stitches and staples to my wounds on my head.

“I really thought he was going to kill me. I ran from the house naked and bleeding from my head and eye.

“I was running trying to get away from him. I was terrified and ran. I kept falling and staggering and having to stop as I had lost a lot of blood and felt really weak.

“It was freezing and I thought I had hypothermia.”

He said that the only place he could go for safety was to his 80-year-old grandmother’s house.

“She was very shaken after seeing the state I was in and to this day, she worries and stresses about me if I go out anywhere,” he said.

The woman involved declined to provide a statement for the court.

Judge Gerald Keys imposed a suspended six-month prison term for the assault after stating there was “a high degree of provocation in the case.”