Jason Corbett’s wife and her father Thomas Martens speak to ABC News’ “2020” about the night of the Limerick man’s murder. 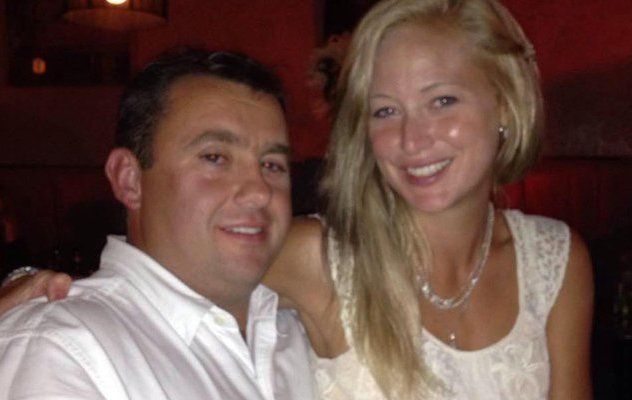 Molly Martens Corbett will speak about the night of her husband Jason Corbett's death tonight in an exclusive ABC interview.

The Davidson County Court found them guilty of the second-degree murder of Jason Corbett. We hear for the first time from Molly Martens Corbett and Thomas Martens.

Molly Martens Corbett and her father Thomas Martens will feature tonight in an exclusive interview with ABC News’ “2020” in which they speak for the first time publicly about the night of Limerick man Jason Corbett’s murder in North Carolina.

Martens Corbett and her former FBI-agent father were found guilty last Wednesday of the 2015 second-degree murder of the 39-year-old father-of-two. Both Molly and her father claimed self-defense and defense of another in the Davidson County trial and are now facing 20 to 25 years in jail after this week’s verdict. They plan to appeal.

While Martens testified during the trial, 33-year-old Molly did not speak to the jury in her own defense, despite giving this interview to ABC before the trial in which she claimed she was the victim of domestic violence.

In the exclusive interview, featuring images from the scene of the crime, Martens Corbett states that she got into an argument with her husband on the night of August 2, 2015, when he began to criticize her for bringing his eight-year-old daughter back to bed when she came to their room in the night.

“And the kids were not supposed to come in the room, you know, and wake up Jason. So they would just kind of stand outside the door and, like, whisper until I heard ’em. So I heard her, you know, calling me. And I got up as quietly as I could and, you know, tiptoed up to her room.

“But he woke up, and he was angry,” she continues.

“And he wanted to know why I’d gotten up. Then he was furious because Sarah had been doing this lately and, you know, she just wanted to be coddled. And she was too old for that, and I shouldn’t have gotten out of bed.”

Martens Corbett claims that she was given more confidence to argue back knowing that her parents were visiting and sleeping in the basement downstairs.

“I said, ‘She’s just 8. She had a nightmare. I should be allowed to go upstairs and comfort our daughter,’” the Tennessee native continued.

“He forgot my parents were there, and he, you know, just got angry with me.”

While not revealed in the short clip released by ABC news before the interview airs, “2020” claim that Martens Corbett will speak in some depth of her claims of domestic abuse and that this kind of anger was common from her husband.

The former family nanny claims that this time she was able to rouse her father sleeping downstairs by screaming and that she was scared for both their lives.

“At some point, when he stopped, I screamed, and he started again,” she said.

“And the next thing I remember is my dad standing in the doorway.”

An ABC interview will hear from Thomas Martens as he claims he acted his defense of his daughter, Molly

“He quickly moves to not having his hands around her neck, but to move her in front of him in between me ... with her throat right in front of the crook of his elbow, and so he’s got her in a chokehold,” her father details of the moment he arrives in his daughter’s bedroom armed with the baseball bat he had brought to give to Corbett’s son, Jack.

“Jason just grabbed the bat away. It was like it was nothing,” Molly Corbett said in the interview.

“He could choke me with one hand — with one arm and grab the bat with the other. And he was so much stronger. He grabs the bat and, you know, pushes my Dad.”

While Molly claims she screamed at Jason not to hurt her father, Thomas Martens claims he rushed at Jason, managed to regain control of the bat, and began to hit him with it.

A pavement stone was also identified in the investigation as one of the murder weapons although Martens Corbett’s lawyers advised her not to address it in this interview. In an interview with police after the murder, however, she stated that she had hit Corbett with the block that was on her bedside table.

Martens would also not say for certain is his daughter hit the murder victim.

Martens Corbett also tells ABC News of the guilt she has for her father’s involvement.

“It makes me feel like, you know, I’ve ruined his life. That I’ve impacted my whole family. And it’s not a good feeling,” she said.

Martens states, however, that he does not believe he is guilty of murder.

Molly Martens Corbett will speak about her murdered husband Jason Corbett in an exclusive interview tonight.

“And I would challenge any reasonable man, much less a reasonable father, to say that this was unnecessary force,” he said.

“I used the force that was necessary to end the threat. That’s what I was trained to do over 31 years, end the deadly threat.”