Rosemary Adaser is speaking out after portions of a 2018 report detailing the experience of mixed-race people in Ireland's Mother and Baby Homes have finally come to light. 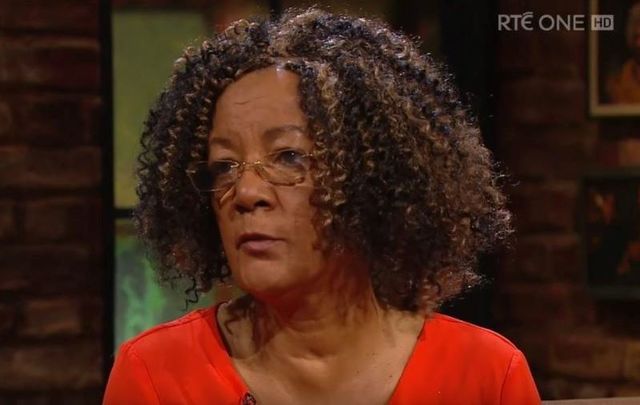 Rosemary Adaser is speaking out after portions of the Collaborative Forum on Mother and Baby Homes 2018 report have finally come to light.

A report from the Collaborative Forum on Mother and Baby Homes was delivered to Minister for Children Katherine Zappone in December 2018 which detailed the experiences of mixed-race people in Ireland’s Mother and Baby Homes, but the report was never published at the advice from the Irish Attorney General. The recommendations from the report, however, were published.

RTE has now obtained a copy of the unpublished document, which they report says in part: “In echoes of the systemic racial segregation in the Apartheid era of South Africa, mothers who were members of the mixed-race community within the various institutions report how on the one hand, they were racially profiled and their children were eugenically rated for likely intelligence based in part on the nuns' assessment 'of the intelligence of the natural mother and how 'negroid' the features of the infant were.”

RTE Morning Ireland spoke with one of the report’s contributors, Rosemary Adaser, who was born to a white Irish mother and a Ghanaian father in 1956 Ireland and recalls her time in Irish institutions as "unmitigated hell."

Adaser said she was boarded out to an “elderly, unvetted couple” who treated her “horribly, horribly, horribly.”  She recounts being whipped thorn bushes and believes that the couple she lived with were only looking some financial support in their old age.

After being returned to the care of the Mother and Baby Home "absolutely damaged," Adaser says she was “packed off to an industrial school where I then endured ten years of sheer horror.”

“I was the only mixed-race girl within the whole county. The isolation was terrible, the abuse I got was terrible. There was all kinds of abuse; it was physical, emotional, sexual, starvation, neglect, bullying, you name it.

“There was nobody there to protect me because I wasn’t white. And that was drilled into me every single day and night."

When Adaser later became pregnant, she was sent to a Mother and Baby Home before she even knew she was pregnant. While she insists that the child’s father wanted to marry her and that the father’s mother said she would help care for the family, the Mother and Baby Home adopted her 21-one-day-old son out to a family without her consent.

“My child was simply taken from me, my rights were completely ignored.”

Adaser said that with the help of a “wonderful Irish family,” she was able to get a plan together and “got the hell out of Ireland.”

While she initially thought she was the only mixed-race person to endure the experience, Adaser later learned that the treatment she received “was almost identical to all mixed-race children in these institutions and the mixed-race mothers.”

“The similarity of experiences was just so striking that you could only assume that there was a policy of segregation and racism directed at mixed-race Irish families within Irish state institutions, and that’s all of them.”

“We know that our color was listed on the ‘defect’ section on our admissions into Mother and Baby Homes, it was even on our medical file. We know we were segregated in what was known as the ‘reject ward’ in the two main [Homes].

“We know our identity was erased, those of us with our African names, that was just dropped off. From hence on, were given our Irish names. We know that our identity’s transgenerational, it’s not just the children of African men, but our infant’s identity was also erased. And a number of our children that were adopted are angry that they were never told their mothers were mixed-race Irish.

“We know that we were, our children were, eugenically tested with the head and facial features measured to see how ‘Negro’ the faces of our babies were, or how light or dark our babies were, or the likely intelligence of the child. Since we were already considered subhuman, this is only going to go one way.

“Let’s not forget, those beautiful Irish babies exported to the USA came with a ‘guarantee of whiteness.’ Let’s also not forget, we were only ever adopted on request. 90 percent of us were funneled from Mother and Baby Homes into Industrial Schools.”

Now aware that her experience is not “isolated,” Adaser went on to form the Association of Mixed Race Irish (AMRI), which now includes hundreds of people. She says that Irish society, in particular the Roman Catholic Church and the Irish State, viewed mixed-race people as “less-than” and “inferior.”

Adaser said it’s “critical” that these stories are heard and understood.

“These are the voices of my community. In a nutshell, they encapsulated their experiences. It’s very much about ensuring that the history of all survivors is not eradicated from history, which is what the proposed Retention of Records Bill hopes to do.”

“We’re a minuscule society,” Adaser concludes, “It’s not about saying that ‘we’re special,’ it is about saying that our particular abuse through a systemic racism has never been acknowledged by Irish society. It is historic and it has implications for a multicultural and a global 21st century Ireland today; that is important going forward.”

You can watch Rosemary Adaser discuss her experience during an appearance on The Late Late Show in 2017: