Miriam Burns, the 75-year-old woman who was found dead in her home in Killarney, Co Kerry this week, will be laid to rest this Sunday, August 21. 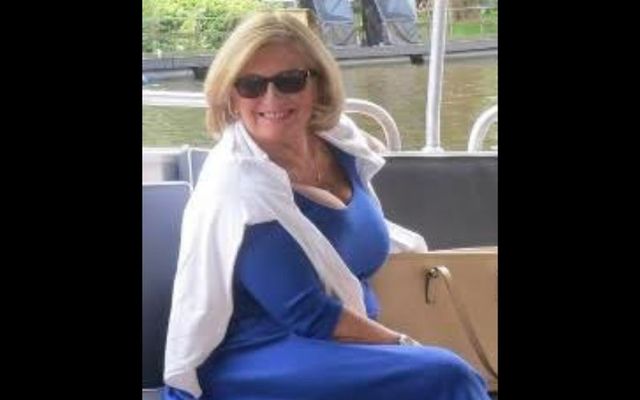 Miriam Burns (née Kelliher) is being remembered as “a devoted mother, grandmother, sister, aunt and cousin," in a notice that was posted on RIP.ie

Burns is "devastatingly missed and infinitely loved by her children, grandchildren, sisters, brother, the whole of her extended family, friends, neighbours and the wider community," the notice says.

A funeral for Burns will be held this Sunday, August 21 at 4 pm at St. Mary's Cathedral in Killarney, Co Kerry, followed by private cremation. Mourners can leave condolences online here.

"She was a wonderful, glamorous lady and will be dearly missed by all who had the pleasure of knowing her," one person wrote in the online condolence book.

"Miriam was such a beautiful lady, a real people person who had everyone's name off by heart," another wrote.

Gardaí said on Monday, August 15 that the body of a woman in her 70s, named locally as Miriam Burns, had been discovered in "unexplained circumstances" at a residential property in Ardshanavooley, Killarney, Co Kerry.

A post-mortem examination was conducted on Tuesday, August 16 at University Hospital Kerry by State Pathologist Dr. Margot Bolster; the results are not being released for operational reasons.

Detectives reportedly believe that Burns was beaten to death in her Killarney home at some point between Friday, August 12, and Monday, August 15.

They are now investigating whether she received threats several months ago and whether those threats were linked to her murder.

Gardaí have searched two sites in Killarney in a trawl directly linked to the suspect, according to the Irish Independent.  Detectives searched land near an old Killarney wishing well in addition to a second site near Ross Castle as part of the ongoing murder investigation.

The Independent reports that the primary target of the operation was the recovery of clothing and other materials that could be connected to the killing, with forensic results believed to be "absolutely critical" in the investigation.

Local councillor Niall ‘Botty’ O’Callaghan told Radio Kerry on Tuesday how Burns will be missed from the tight-knit estate that she's lived at since the 1970s.

“You were guaranteed to see her on her bike at least once or twice a day,” O’Callaghan said. “She’d talk to anyone and she’d talk all day, you’d miss her for that.”

Killarney councillor Donal Grady said: “She had a good word to say about everyone. She always looked on the bright side, that’s the type of a person she was."

“It’s just hard to believe she’s gone. She had a lot of friends in Killarney,” he said, adding, “she was everyone’s friend.”

What chances do the Irish Diaspora Roses have in the Rose of Tralee 2022?