Millions of Irish trees destroyed because of mismanagement

The Department of Agriculture has recently come under fire for mismanagement and its enormous backlog of licensing applications. 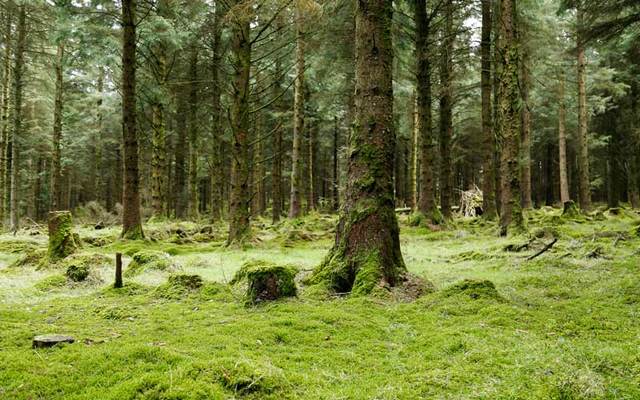 A forest in Ireland. Getty Images

One million sapling trees will be destroyed in Ireland this week as many farmers decide against planting their trees due to licensing delays, missed planting targets, and other issues in the government.

The Department of Agriculture has recently come under fire for mismanagement and its enormous backlog of licensing applications.

The country’s commercial forestry business is in a severe crisis according to Teige Ryan of None So Hardy forest nurseries, which has bases in Co Wicklow and Co Wexford.

Ryan told the Irish Times that the industry has been in decline for years and compared it to “a patient with a long-term, serious illness who just had a heart attack.”

He said the critical factor was a recent European Court of Justice case that found environmental assessments, which are part of the forest licensing process, were not sufficiently rigorous.

Due to the ruling of the case, licensing arrangements by the forest service of the Department of Agriculture were reviewed and it was determined that additional ecologists and administrative staff were needed to implement proper assessments.

According to the Irish Times, Ireland currently has about 11 percent of land under forest, but the target is to reach 18 percent by 2050.  The achievement of this goal requires an annual afforestation program of 15,000 hectares. However, the government targets from 2014-2016 were for the planting of just 8,000 hectares each year.

Ryan says that because of the European court ruling, the turn out for this year “is likely to be about 2,500 hectares.”

He said targets “remain at high risk due to current Department of Agriculture administration” and stressed that “urgent political action” was needed if planting were to go ahead this November.

He added that failure to plant in sufficient numbers in the past several years had the potential to wipe out his business.

“A new planting season begins in November and without political intervention we will face the same situation next year.”

Five million trees have already been shredded in the last three years, the Irish Times reports.

The problem of backlog in the approval of licenses was raised last month by Labour Party spokesperson on agriculture Seán Sherlock.

“The backlog of allocating licenses is severe and having a real impact on those awaiting their licenses,” said deputy Sherlock.

“There is a backlog of over 1,500 applications awaiting approval and the run-rate of licenses being issued is about a quarter of what the sector needs.

Agriland reports that Deputy Sherlock submitted a parliamentary question on the matter to the new Minister for Agriculture, Food and the Marine Dara Calleary.

In response, Minister Calleary said: “There are currently delays to issuing decisions on forestry license applications, which are as a result of the changes made to internal Appropriate Assessment Procedures [AAP].

“These were introduced in response to important Court of Justice of the European Union [CJEU] decisions and their subsequent interpretation by the FAC and others. These findings meant that in order to grant licenses which fully meet environmental requirements, fundamental changes to the licensing system were unavoidable.

"My department has a detailed project plan in place for dealing with the current backlog and new applications, which includes significant investment in extra resources required to deliver the plan.

“These resources are a combination of additional ecologists, forestry inspectors and administrative staff where required.”

In another statement, the Department of Agriculture said: “The current situation is challenging, but it is a temporary disruption which, when resolved, will make for a better, more sustainable and fit-for-purpose forestry licensing system for many years to come.”