Mikey Leddy, a 15-year-old native of Navan in Co Meath, has died after suffering a tragic fall while on holiday in Lanzarote with his family. 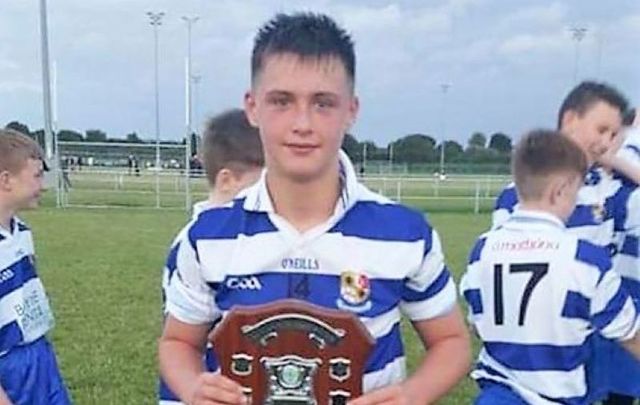 Mikey Leddy, a native of Co Meath, died after enduring a 15-foot fall

Mikey Leddy, a 15-year-old from Navan in Co Meath, has tragically died after enduring a 15-foot fall while on holiday in Lanzarote.

The Irish Independent reports that Leddy, who was on vacation with his family in Puerto del Carmen, suffered a serious head injury and went into cardiac arrest after falling about 15 feet from the top of a wall.

The Irish teenager was reportedly revived at the scene before being transported to Jose Molina Orosa Hospital where he tragically passed away on Tuesday evening.

Members of the Johnstown community, the area outside of Navan in Co Meath where Mikey and his family lived, are now organizing a balloon launch on Thursday evening in memory of the 15-year-old sportsman.

The Irish Independent reports that an organizer said: "(We) would like to express our heartfelt sympathy and send condolences to the family and friends of Michael (Mikey) Leddy on his sudden passing.”

"It's a terrible tragedy to happen to a well-known Navan family and my heart goes out to his siblings, Mikey's dad Damien and his mum Aisling who is part of the Kelly family from Slane.”

Reilly added: "Mikey was a very popular young man who had a huge circle of friends and a was a great footballer with the O'Mahony's GAA Club. Two families, relatives and friends are heartbroken tonight."

On Twitter, Johnstown Football Club shared the news with "great sadness," and asked that Leddy be remembered as a "champion:"

It is with great sadness our own Mikey Leddy has passed away this afternoon, the tragic event that has happened in the last 48 hours has shocked us all. We would ask that everyone remembers Mikey for the champion he was and his fighting spirit. RIP MIKEY LEDDY pic.twitter.com/95wut0TzJZ

Navan O'Mahony's wish to express our profound sadness and shock at the tragic passing of Mikey Leddy. Our thoughts and...

All at Drogheda United Football Club are heartbroken to learn of the tragic news of our former U-15s player Mikey Leddy,...

Meath Underage GAA said they were in "shock:"

Meath GAA wish to express our profound sadness and shock at the tragic passing in Lanzarote of Mikey Leddy. Our thoughts...

Read More: Irish 7-year-old remembered as "life and soul of her family" after tragic death

Ireland's Department of Foreign Affairs said on Tuesday that it is “aware of the case and is providing consular assistance."