Danika McGuigan died on Tuesday, July 23, after a short battle with cancer. 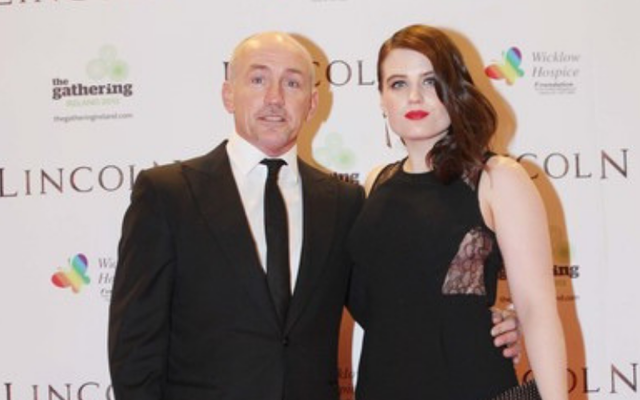 The family of Danika McGuigan, star of "Can't Cope, Won't Cope" announced Wednesday that the young actress had died after a short battle with cancer. She was 33 years old.

"It is with great sadness and heavy hearts that we share the news of the passing of our beautiful daughter and sister, Danika 'Nika' McGuigan," the family stated.

"After a brief but brave battle against cancer, Nika passed away peacefully in the early hours of Tuesday 23rd July, surrounded by her loving family.

"As a family, we are devastated and ask for complete privacy during this difficult period to allow us to grieve for our Nika."

The daughter of former Irish boxer Barry McGuigan, Nika had carved her own path as an actress, rising to fame on the hit Irish show "Can't Cope, Won't Cope", which won acclaim across the US last year on its Netflix release.

I'm definitely not the only one who thought Danika McGuigan was an exceptional talent -- I loved her in Can't Cope, Won't Cope, and I'm stunned and saddened to hear of her passing, at just 33. Deepest condolences to her family, friends and colleagues. xhttps://t.co/URZRxAtyo6

Her brother Shane revealed in a social media post how Nika had overcome cancer previously as a child.

"Myself, my brothers and parents were privileged to have another 20 years since the first battle with our amazing Nika.

"Unfortunately Nika couldn't beat it again but she fought so bravely until the end.

"I have memories that I'll cherish for a lifetime and you will live on forever in spirit.

"I'm so so proud of you. Love you forever my older 'little' sister."

It breaks my heart to write this. My beautiful sister Danika lost her battle with cancer in the early hours of Tuesday morning, at the young age of 33. She overcame it once with a 2 year fight when she was 11 to 13. Myself, my brothers & parents were privileged to have another 20 years since the first battle with our amazing Nika. Unfortunately Nika couldn’t beat it again but she fought so bravely until the end. I have memories that I’ll cherish for a lifetime & you will live on forever in spirit. I’m so so proud of you! Love you forever my older ‘little’ sister. RIP ❤️

"Shocked and deeply saddened to hear of the untimely passing of Nika McGuigan - the brilliant, lovely, Danielle in Can't Cope Won't Cope wouldn't have been the same without her," she said.

"Deepest condolences to her family and loved ones."