While the four Miami Showband plaintiffs will receive more than £300k in damages each, though there was no admission of liability. 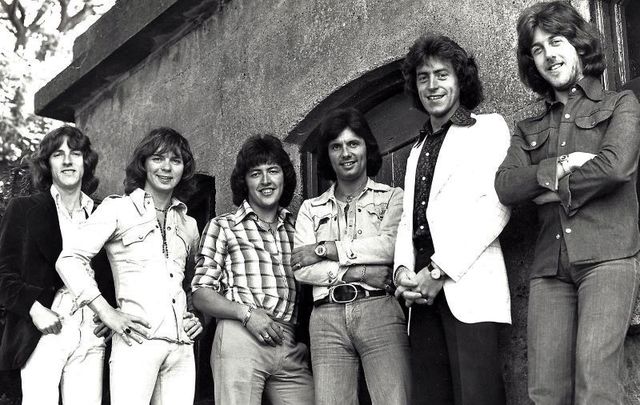 Two survivors and the families of two victims of the 1975 Miami Showband massacre in Newry, Co Down are set to receive more than £300k each.

The legal actions against the Ministry of Defence and the Police Service of Northern Ireland (PSNI) seeking damages for assault, trespass, conspiracy to injure, negligence, and misfeasance in public office on behalf of four members of the Miami Showband were settled at the Belfast High Court on Monday, though there was no admission of liability.

In the early hours of July 31, 1975, the Miami Showband, one of the most popular acts in Ireland at the time, encountered what turned out to be a bogus checkpoint while five members of the band were traveling back to their home in Dublin after a gig in Banbridge, Co Down.

A fake army patrol consisting of Ulster Defence Regiment (UDR) soldiers and Ulster Volunteer Force (UVF) members, wearing British Army uniforms, stopped the band's van and forced the band members to line up at the side of the road.

UVF men Wesley Somerville and Harris Boyle were killed when the explosive device they attempted to place in the band's van detonated prematurely.

Bandmembers Stephen Travers and Des McAlea were injured but ultimately survived the atrocity, and were both present in Belfast on Monday for the conclusion of the legal action.

“It’s been a very, very painful 46 years, and we thought this day would never come," McAlea said after Monday’s ruling, which comes ten years after a report from the Historical Enquiries Team said the killings raised "disturbing questions about collusive and corrupt behaviour."

Travers said on Monday: “At the end of the day, at least it’s acknowledgment of the collusion that happened. I perfectly understand the fact that they didn’t defend this.”

Survivors and relatives of those murdered in the Miami Showband massacre are to receive nearly £1.5m (€1.75m) in total damages to settle claims over suspected collusion with the loyalist terrorist murderers. | More: https://t.co/aoKzRcYgA8 pic.twitter.com/JMl1QWm1SG

Travers shared the victim impact statement he read in court on Twitter. In his statement, Travers speaks fondly of O’Toole, Geraghty, and McCoy before saying: “Sadly, my abiding memories of these three talented young men, that I had just been on stage with playing ‘Clap Your Hands, Stomp Your Feet,’ are forever fused with the most horrific, ever-present images imaginable.”

My Victim Impact Statement which I delivered at The High Court in Belfast today. pic.twitter.com/eMirFWi4Eb

Later on Monday, Travers said on Twitter that he visited the scene of the crime after the court ruling to pray for his bandmates who were killed that day:

On the way home from the High Court in Belfast tonight, I stopped at the scene of the massacre to say a prayer and to tell Tony and Fran and Brian that I hope they can now, finally, leave that field forever. pic.twitter.com/nhBpNdxRED

In 2019, the Troubles-era event was the focus of the Netflix documentary, "ReMastered: The Miami Showband Massacre."