What are you doing May 19? Going to Meghan Markle and Prince Harry's wedding? 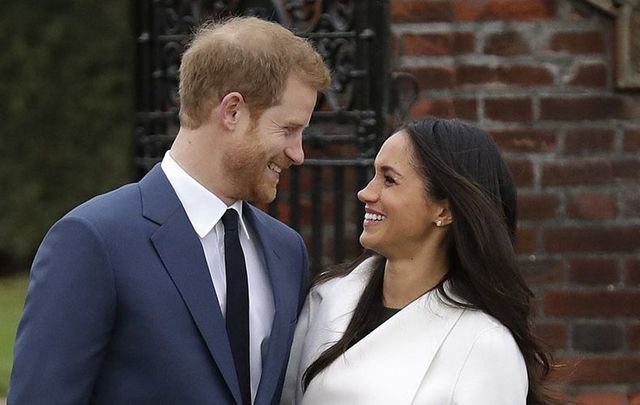 The Kensington Palace Office of Prince Harry has confirmed the wedding date of his marriage to American actress Meghan Markle. The British Royal, fifth in line to the throne, will marry the actress of Irish descent on Saturday, May 19, 2018, in St. George's Chapel at Windsor Castle.

“His Royal Highness Prince Henry of Wales and Ms. Meghan Markle will marry on 19th May 2018,” said the Kensignton Palace statement.

The couple are also said to have chosen Windsor Castle as the wedding location as it holds special meaning for them, having spent a lot of time there since they were introduced by a mutual friend in July 2016.

There may be one small unfortunate clash for Harry's older brother Prince William, however, as he will be forced to miss out on the FA cup final (English soccer tournament) which he attends annually. Prince William, as President of the Football Association, normally awards the winners the trophy.

“The couple of course want the day to be a special, celebratory moment for their friends and family,” Prince Harry’s Communications Secretary Jason Knauf said after their engagement last month.

“They also want the day to be shaped so as to allow members of the public to feel part of the celebrations too and are currently working through ideas for how this might be achieved.”

Will you be closely watching Meghan and Harry's wedding on May 19?

It is reported that Markle, 36, intends to become a British citizen. She will also be baptized and confirmed within the Church of England before the wedding date.

The "Suits" actress' great-great-great-grandmother Mary Smith emigrated to London from Ireland and married a British soldier named Thomas Bird sometime in the mid-1800s.

Will you be watching Meghan Markle and Prince Harry wed? Will you be avoiding it like the plague? Let us know your thoughts in the comments section below.