Harry’s fiancee Meghan Markle plans on being like Princess Diana

Meghan Markle was obsessed with the royals when she was a teen, a close childhood friend of the actress alleges. 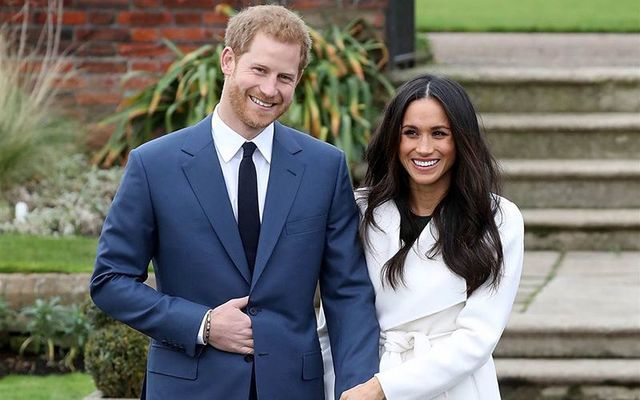 Meghan Markle was obsessed with the royals when she was a teen and plans to be like Princess Diana, a close childhood friend of the actress alleges.

Friend Ninaki Priddy told the Mail that she and Markle traveled to London together when they were teenagers, where the then-15-year-old girls posed for a photo smiling in front of Buckingham Palace. She said Markle “was always fascinated by the royal family” and hopes “to be Princess Diana 2.0.”

“I’m not shocked at all” said Priddy of Markle’s engagement to Harry. “It’s like she has been planning this all her life.”

“She gets exactly what she wants, and Harry has fallen for her play,” she said.

“She was always fascinated by the royal family. She wants to be Princess Diana 2.0. She will play her role ably. But my advice to him is to tread cautiously.”

The then-15-year-old girls posed for a photo smiling in front of Buckingham Palace.

During the announcement of her engagement with Prince Harry, Markle coyly claimed she didn’t know much about her fiancé or his royal family before she met him.

She said: “Because I’m from the States, you don’t grow up with the same understanding of the royal family. And so, while I now understand very clearly there is a global interest there, I didn’t know much about him, and so the only thing that I had asked [a friend] when she said she wanted to set us up was, I have one question: ‘Well, is he nice?’

Read More: Fit for an Irish American Princess – what Meghan Markle and Harry’s wedding will be like

“Because if he wasn’t kind, it just didn’t seem like it would make sense,’’ said Markle.