What can we expect from the Royal Wedding in May 2018 – a look at William and Kate’s should give some clues. 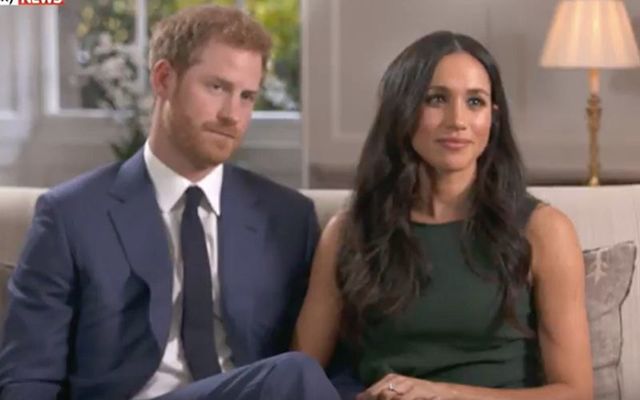 Prince Harry, fifth in line to Britain’s throne, is set to marry Irish American actress, star of "Suits," Meghan Markle with a 2018 wedding that will only be rivalled by Prince William and Kate Middleton’s 2011 nuptials.

Markle’s head must be spinning. From a California upbringing with an Irish-Dutch father and African American mother to starring in a hit TV show, to meeting her Prince and now this! It’s really as if a Disney tale has come true.

Harry, the 33-year-old Prince of Wales, will marry Meghan Markle, the 36-year-old Hollywood actress. The announcement came today in London. @charliecbs is there. pic.twitter.com/rT0xVpKLnF

However, already, Downing Street has put a damper on the celebrations by announcing on Monday evening that there would be no UK-wide Bank Holiday for Prince Harry’s wedding as he will be sixth in line to the throne by then after William and Kate’s third child is born in April 2018.

Harry and Meghan’s wedding will be held at Clarence House, just off The Mall, in front of Buckingham Palace. The wedding is likely to take place in May 2018, according to the UK press, as Kate will need time to recover following the birth of her child. Ladbrokes (bookmakers) are also giving good odds that William will be his brother’s best man, returning the favor.

Britain's Prince Harry reveals in a TV interview he proposed to his American girlfriend Meghan Markle over a roast chicken dinner as the one-time playboy royal and the glamorous actress confirm they will wed next year https://t.co/ozEKKAhG4l pic.twitter.com/ZwzmYyAHXr

Although Harry is not in direct line to the throne, he is certainly among the public’s favorite Royals and arguably among the most famous, given the success of his Invictus games for wounded, injured or sick veterans and servicemen and women. Meghan and Harry’s wedding is sure to be a massive affair and, hopefully, we will see more nods to Ireland now that an Irish American is marrying into the Royal Family.

While little apart from the beautiful engagement ring has been revealed as yet, we can surmise what the wedding will involve by taking a look back at William and Kate’s 2011 wedding… and perhaps downsizing a little.

- The overall price of the wedding was said to be $26.7 million

- 600 people were invited to the luncheon at Buckingham Palace, hosted by the Queen

- 300 guests were invited to the evening dinner, hosted by William and Harry’s father, Charles, the Prince of Wales

- The veil was held in place by a Cartier Scroll Tiara, made in 1936 and lent to her by the Queen

- William travelled to the ceremony in a Bentley State Limousine

- They were wed at Westminster Abbey, which was decorated inside with an avenue of 20-foot tall trees, six field maple, and two hornbeams, arranged on either side of the main aisle

- There were four bridesmaids and two page boys

- The bridal couple returned to Buckingham Palace by horse and carriage

- As the new married couple appear for the first time to the public, on the palace balcony, they were treated to a flypast by an Avro Lancaster bomber, a Supermarine Spitfire fighter, and a Hawker Hurricane fighter aircraft from the Battle of Britain Memorial Flight, followed by two Typhoons from RAF Coningsby and two Tornado GR4s from RAF Leuchars in a flat diamond formation.

- There were about 5,500 applications to hold royal wedding street parties across England and Wales, including 850 in London, one of which was hosted by Prime Minister David Cameron in Downing Street

- 2,000 people attended a party at the University of St Andrews, where the royal couple first met

- The International Peace Bridge across the Niagara River between the United States and Canada at – Buffalo, New York, and Fort Erie, Ontario was lit in red, blue and gold, the colors of the royal crest

- In the United States, the Empire State Building in New York City was lit in red, white, and blue, the colors of the British Flag

Are you pleased that and Irish American will be marrying into the Royal Family? Will you be tuning in to watch the wedding? Let us know below.