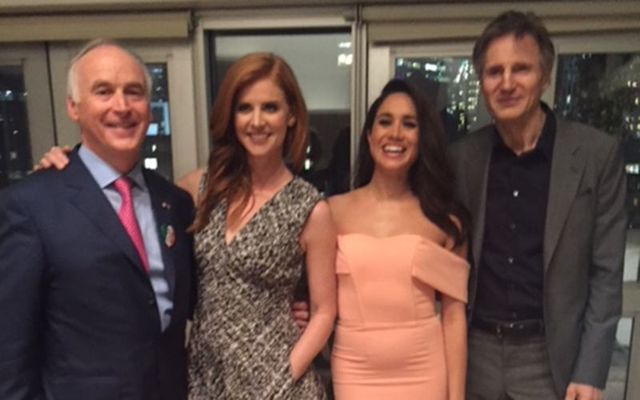 Meghan Markle makes no bones about her political leanings. The Irish American actress, star of Suits, who is set to marry Prince Harry, in 2018, was pictured at a Hillary Irish fundraiser, at Fitzpatrick's Hotel in Midtown Manhattan, with her co-star, Sarah Rafferty.

There was one very important Hollywood figure at the event, Liam Neeson, the gentle giant, who is also a Hillary supporter.

Also present was John FitzPatrick, a close friend of the Clinton's who chaired the fundraiser and often escorted Markle around New York.

Obviously, those carefree days are gone for Markle who will have a strong security detail on her tail from now on.