Who are the richest people in Ireland? Some of them are even richer than Donald Trump, if you can believe it. 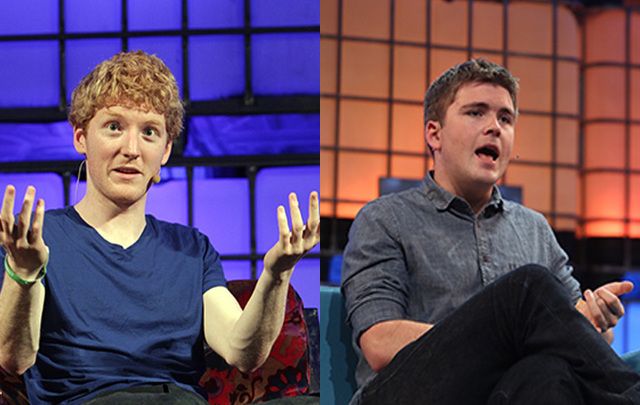 The Sunday Times has published its annual Irish rich list and it contains its usual mix of billionaires, such as Ryanair owner Michael O’Leary, to mere millionaires, such as aristocrat and Guinness shareholder the 4th Earl of Iveagh and One Direction superstar Niall Horan.

Other familiar household names include Michael Flatley, whose fortune is estimated at $840 million, to new entrant Bob Geldof and Pádraig Harrington who each are now worth just over $50 million.

Below are the top ten richest Irish people on the planet.

Taking the gold medal again is Hilary Weston with a fortune in excess of $13 billion. The Dublin-born 75-year-old met her Canadian husband Galen while working as a model after he moved to Ireland in the 1960s to found a chain of grocery stores. The pair moved to Canada following an attempted kidnap by the IRA where Hilary became a Canadian citizen.

This is the ninth time in a row the family has taken the top spot on the list. Currently they own a 63% share of George Weston Ltd., which, with over 200,000 employees, is Canada’s largest private sector employer.

Weston is well known for her voluntary work and she served as Lieutenant Governor of Ontario between 1997 and 2002, representing Canada’s head of state, Queen Elizabeth II, in the country’s largest province.

Media mogul Denis O’Brien has been described by the New York Times as "the biggest player in Ireland's media landscape," owning Ireland’s two largest non-publicly owned radio stations and the Irish Independent newspaper group. All of which and his mobile phone empire has netted him close to $5 billion – reportedly a larger fortune than President Trump.

Irish American John Dorrance III is said to live modestly in affluent South Dublin having moved there from Wyoming with his Finnish wife. He inherited the Campbell Soup Company and in 1996 sold off most of his shares in the company – with careful management of the profits – it’s thought he should now have about $2.65 billion in the bank.

John and Patrick Collison are young fellas from Limerick who’ve hit the big time in America. The pair founded Stripe which allows businesses and people to make internet payments to each other. Despite being only in their 20s, both have a combined wealth of some $2.5 billion and rising fast.

John dipped his toe into the choppy waters of political controversy last year when he spoke out against President Trump’s plans to restrict immigration to the US.

Dermot Desmond was lucky enough to foresee the rise and fall of Ireland’s property, banking and technology sectors. Dubbed Ireland’s “most celebrated deal-maker” by the Irish Independent, Desmond hit the headlines after admitting giving Taoiseach (Prime Minister) Charles Haughey £125,000 in 1994 at a time when the former politician’s extravagant lifestyle was the source of much public speculation. Desmond is now worth over $2 billion. He lived in Switzerland for a number of years.

Dundalk man Pearse Lyons founded the animal health and nutrition company Alltech, which is based in Kentucky but has an office in Dunboyne, Co. Meath. What started out in his garage is now one of the world’s largest agricultural companies that has earned Pearse a $2 billion fortune.

Siblings Frank Dunne and Margaret Heffernan own half of one of Ireland’s most famous of food stores – Dunnes Store. The chain accounts for roughly 22% of the country’s market and has netted the siblings a fortune of $1.86 billion.

Mary Haughey, Lady Ballyedmond’s late husband Edward founded the Norbrook Group in 1969 and she currently serves as the firm’s deputy chairman. It specializes in veterinary products and is headquartered in Newry, Co. Down. The family own also owns Ballyedmond Castle in the local area and is worth an estimated $1.7 billion.

Another Dundalk man, Martin Naughton founded Glen Electric which went on to become a world leader in domestic heating appliances. An engineer by training, he’s known for giving away a lot of his wealth to scientific and educational causes but is still worth just under $1.5 billion.

Paul Coulson owns a 39% stake in Ardagh Group which provides containers for everything from Budweiser beers to tuna. His fortune is estimated at $1.33 billion and rising.