The attempted pro-Trump coup at the Capitol last week shook America to its core, including the Irish American community at large. 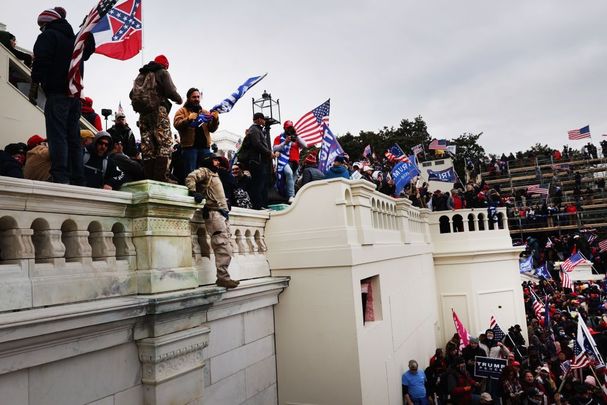 A scene from last week’s riot at the Capitol. Getty

Irish Americans are far from a monolithic block when it comes to voting in presidential elections, but they seem to agree unanimously that the violence perpetrated in Washington, D.C. last week by enraged supporters of President Trump was a direct attack against democracy.

The Irish Voice contacted several Irish Americans, some of whom voted for Trump and others for President-elect Joe Biden, to seek reaction to the storming of the Capitol last Wednesday and the shocking scenes of supposed law and order advocates breaking windows and fighting with police officers as members of the House and Senate scrambled for cover during the election certification process.

Some of those interviewed – both Biden and Trump voters – did not want to be fully identified because of the toxic political atmosphere that has overtaken America.  Others were happy to publicly blame Trump for the mayhem at the Capitol.

Jeff Cleary, an official in the administration of former New York Governor George Pataki and president of the Irish American Republicans group said, “The people who entered the United States Capitol on January 6 were not patriots, nor did they put the nation first. The lies that contributed to this event originated with Donald Trump.”

Playwright, radio show host, and New York City cab driver John McDonagh was reminded of the late Reverend Ian Paisley, the fiery Northern Irish unionist leader who whipped his supporters into violent anger during the worst days of The Troubles while watching Trump speak at last week’s D.C. rally which triggered the riot.

“Watching Trump rile up his supporters in Washington, D.C. reminded me of the Right Reverend Ian Paisley doing the same with his supporters and then walking away and having them riot in Catholic neighborhoods in the North while claiming that he was not responsible,” McDonagh told the Irish Voice.

But McDonagh, who cast his 2020 presidential vote for Green Party candidate Howie Hawkins, says he is not in favor of impeaching Trump as a punishment for the failed coup.

“In the aftermath of the D.C riot, Trump has moved from 1600 Pennsylvania into Nancy Pelosi’s head. Instead of helping Joe Biden implement his agenda, she is busy keeping Trump on the front pages with talk of the 25th Amendment and impeachment, with the likely fallout turning him into a martyr,” he says.

“She should be pushing for Biden’s cabinet picks to be approved, new policies implemented and starting mass vaccination protocols.

“It’s also clear that we need to limit the long transition period between presidents to limit the damage a lame-duck president can do. The Irish government does it right -- the new taoiseach comes into power when the election is certified.”

Tim, an Irish American from New York and a longtime AOH member who voted for Trump, was appalled at the out of control scenes from the Capitol but feels that a hardcore, militant group of Trump supporters is responsible for the mayhem.

“The Trump voters I know would never support such an action.”

Having said that, Tim feels that Trump’s claims of voter fraud continue to have merit.

“Was the election stolen?  Well, I think there were a lot of irregularities in some states. And I don’t think they were handled properly,” he adds.

Kevin, a fellow Irish American and AOH member from New York, is a horrified Biden voter who says he was “shocked but not surprised on January 6. The really sad thing is that it appears to be a well thought out conspiracy,” he told the Irish Voice.

“He planned this moment for months. They had a dress rehearsal when they stormed the Michigan Capitol building and realized they could get away with it.”

Donn Costello, a native of Co. Kerry who lives in New York and voted for Trump, says he remains a “proud deplorable” but cannot condone violence.  He also questions the “hypocrisy” given that there were multiple violent riots across the U.S. during the summer. 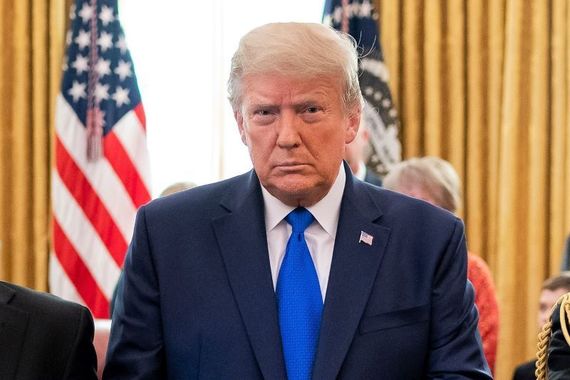 Portrait of Donald Trump, via The White House's Flickr.

“There is no question that the riots at the Capitol were appalling and yes, the president should have known well that there will always be radical elements looking to exploit a protest.  With all that, one cannot help but notice the hypocrisy after we experienced a summer filled with violence at the BLM/Antifa riots,” Costello told the Irish Voice.

“Thousands of innocent people were attacked and robbed, up to 30 people murdered, churches destroyed, historical statues pulled down, billions of dollars lost with property looted and burned all over the country. Major players on the left encouraged the violence while the mainstream media either played it down or just plain condoned it.

“There are plenty of legit reasons to dislike (even despise) President Trump, but his election has exposed massive corruption in Washington. Politicians continuously running to the moral high ground on every issue and getting filthy rich while they sell this county out to foreign powers. This should trouble every American.”

AOH National President Daniel O’Connell issued a statement on behalf of his organization about the events at the Capitol which said, “As Hibernians, we take an oath which states that ‘we will ever be true to the Constitution of my country and will combat any and all attempts that would tend to destroy its spirit.’ As such, we are appalled by the display we witnessed in our nation's Capitol on January 6.

“As Irish Americans, we well know the danger of vitriolic rhetoric.   We remember how a speech by Lyman Beecher, the father of Harriet Beecher Stowe, whipped a nativist crowd into a frenzy resulting in the burning of a Catholic convent.  Violence, vandalism, and sedition are not legitimate forms of free speech irrespective of the cause or the source.

“We also need to hold accountable those who provide technology that has monetized society's balkanization, where divisiveness can garner ‘likes,’ but there is no mechanism to condemn.”

“As outraged as we are over the events of last week, we take hope in one key fact: it did not work.  Our judiciary has proven its independence and loyalty to the Constitution,” he said.

“Lawmakers from both sides of the aisle have come together in rare bipartisanship. Let us hope that having stared into the abyss of what divisiveness can cause, all parties have learned a lesson.”

Both McDonagh and Costello feel that Big Tech is exerting way too much influence over what Americans can and can’t think, and both feel that the removal of Trump’s social media accounts in the wake of the riot is a mistake.

“The cheerleading for censorship of their opponents by the left is also disturbing. It’s time to start championing the First Amendment. I don’t need Jack Dorsey and Mark Zuckerberg telling me what to tweet, read and watch on the internet,” McDonagh says.

“Absent criminal behavior, people should be able to choose what information they want to receive -- knowledge is power.”

Costello agrees.  “Big Tech joined in and now the president of the United States is banned from Twitter, yet the left can continue to spout hate every single day, the Iranians continue to tweet death to America and Israel and the Chinese tweet celebrating the genocide in the western province of Xinjiang,” he says.

McDonagh is hopeful that Trump will finish out his days in a jail cell, and has some parting words for the president’s Northern Irish envoy who resigned his position after the riot.

“I will be watching the Manhattan DA and New York State attorney general help my fellow Queens brother find new free housing on the island of Rikers.  Probably a good place for his Trump library to be built, and a stand outside selling discounted MAGA hats could raise money for the commissary accounts of Trump and his family members,” McDonagh says.

“Finally I think this year’s JFK Profile in Courage award should go to the former U.S. special envoy to Northern Ireland for resigning with 13 days left in the Trump administration. It took real integrity, after almost four years in the administration, to see the writing on the wall and with the ship going down and the death count going up on the D.C riots, to resign. I guess he was tired of winning.”