The Maine Irish Heritage Center is located in the former St Dominic's Church, which was built by Irish immigrants in 1892. 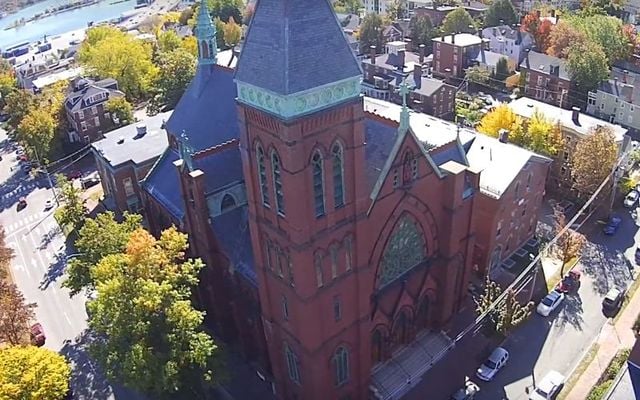 The Maine Irish Heritage Center (MIHC), which is housed in a 19th-century church built by Irish immigrants, will receive $3 million dollars in federal funding to support the restoration of the historic building.

The MIHC is located in the former St. Dominic’s Church, which was built in 1892 by Irish immigrants and served as the hub of Portland’s Irish community for generations.

In 1997, the church was deconsecrated, later becoming the home to the Maine Irish Heritage Center.

The center has now been designated to receive $3 million dollars in the federal FY2023 annual spending bill to support exterior restoration of the historic landmark.

“The historic building is instantly identifiable as a key feature of Portland’s skyline and for well over a century, it has been a beacon welcoming immigrants and inviting diverse communities to share their cultural experiences," said Bob Kearney, MIHC’s Board Chair.

"We are most thankful for the support of Senators Collins and King, and Congresswoman Pingree in helping us to further our mission and restore this architectural gem to its original grandeur.

Some big news for the Maine Irish Heritage Center! We are proud to announce that we will be receiving $3 million in...

“The original workmanship that created our building was of the highest quality. The building has weathered nearly 130 years in a cold climate and is still in relatively good shape,” Kearney continued. “However, it will not last another century in its current condition without significant restoration.”

According to the MIHC, restoration of the building has been ongoing for several years with the support of the Government of Ireland’s Emigrant Support Programme and the City of Portland.

The multi-million dollar building envelope project is the latest and most ambitious in the center's ongoing preservation efforts.

The mission of the Maine Irish Heritage Center is to provide a community resource where connections to Maine’s Irish history and culture can flourish.

You can learn more about the Maine Irish Heritage Center on its website.