Lyra McKee's family welcomed the sentencing of Niall Sheerin, but continues to appeal for anyone with information about McKee's murder to come forward. 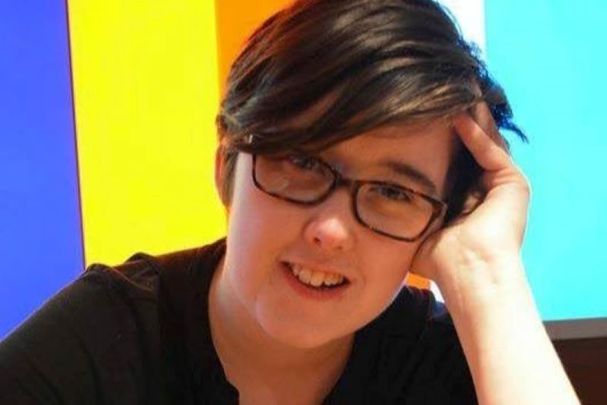 Lyra McKee, 29, was shot and killed while observing rioting in the Creggan area of Derry in Northern Ireland on April 18, 2019. Facebook

Niall Sheerin, 29, has been sentenced to seven years in prison after pleading guilty to possessing a firearm and ammunition.

The firearm, which had a significant history of being used in a series of shootings across Derry, was the weapon used to murder Lyra McKee, 29, in Creggan, Derry on April 18, 2019, the Police Service of Northern Ireland (PSNI) said.

Sheerin, from Derry, was also given an extended sentence after a finding of dangerousness for a period of five years. He will be subject to terrorist notification requirements under the Terrorism Act for the next 15 years.

In Belfast Crown Court, Justice Fowler said that while it was accepted Sheerin didn’t know the history of the gun — which included its use by the New IRA in the murder of McKee — it was his view Sheerin was “an associate of a terrorist gang who posed a danger to the public."

“He voluntarily assisted them by storing this weapon in a condition that it could be readily used again,” Justice Fowler said.

After the sentencing on September 14, PSNI Detective Superintendent Eamonn Corrigan said: "Our investigation into Lyra’s murder, as demonstrated by today’s sentencing, is very much active. And, with continued support, we will work tirelessly to bring those responsible before the courts.

“We are very grateful to the independent charity Crimestoppers, which is now offering an increased reward of up to £20,000 for information it receives that leads to the prosecution of those responsible.”

“We continue to appeal to people who have information about the identity of the gunman to come forward and to help us gain full justice for Lyra because that’s what we need.”

“That one gun being off the street has saved lives, so that’s a fabulous result.”

She continued: “I would like the gunman to take up the courage to come forward himself and to accept the responsibility for what he did. Ideally, that would be what I would like to see happening.

“But realistically, that’s probably not going to happen at this stage, so I would appeal to anyone who continues to have information to come forward, to bring it forward to the police, and to assist the police in doing their job which is to bring justice for other people.

“Justice isn’t something that stands alone with the police service; justice is the whole business of the community.”

She added: “On days like this, it reminds us that she’s [Lyra’s] not coming back, and she’ll never come back.”

The death of Lyra McKee

On April 18, 2019, Lyra McKee, a 29-year-old journalist, was shot and killed while observing rioting in the Creggan area of Derry in Northern Ireland.

A few days later, on April 23, the Irish News published a statement from the New IRA which said: “On Thursday night following an incursion on the Creggan by heavily armed British crown forces which provoked rioting, the IRA deployed our volunteers to engage.