“Lyra McKee: Lost, Found, Remembered” aims to let the murdered journalist's "spirit live on in her own words." 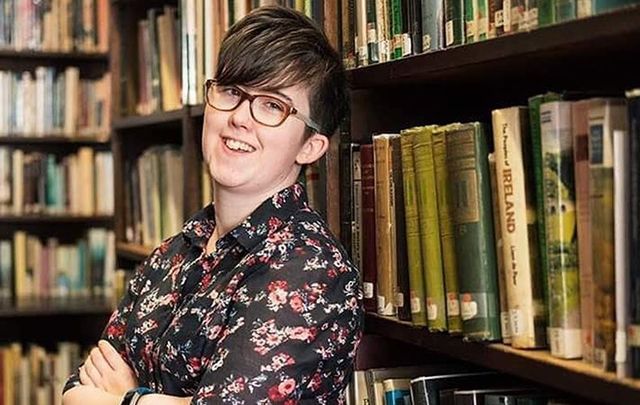 Journalist Lyra McKee was murdered during a night of violence in Derry in April 2019. Getty Images

An anthology of Lyra McKee's previously unpublished works which aims to let the murdered journalist's "spirit live on in her own words" is available from today, April 2, 2020.

"Lyra McKee: Lost, Found, Remembered" has been published by Faber & Faber with whom McKee had signed a two-book deal with prior to her death. One of those books, "The Lost Boys," is still being reviewed by the publishing house alongside McKee's family.

In September, when the anthology of McKee’s works was announced, Faber & Faber’s Publishing Director Louisa Joyner said: “It is hard to comprehend that Lyra McKee was murdered less than five months ago.

“Since her death, we have worked with those Lyra loved to determine how best to commemorate her writing and magnify her voice. Lyra sought truth as a journalist not simply by asking difficult questions, but perhaps more crucially by listening rigorously – and open-heartedly – to the answers. Her work speaks to her subtlety of expression and her intellectual and political courage.

“This collection is our testament to Lyra, a celebration of her talent, and a reminder of what we have lost.”

Ahead of the book’s release, Faber & Faber said: “When the Northern Irish journalist Lyra McKee was murdered in Derry in April 2019 aged just 29, she was survived by her articles that had been read and loved by thousands worldwide.

“This memorial anthology will weave together the pieces that defined her reputation as one of the most important and formidable investigative journalists of her generation. It showcases the expansive breadth of McKee’s voice by bringing together unpublished material alongside both her celebrated and lesser-known articles.

“Released in time for the anniversary of her death, it reveals the sheer scope of McKee’s intellectual, political, and radically humane engagement with the world – and lets her spirit live on in her own words.”

The same week that her anthology is due to be published, McKee was meant to mark her 30th birthday on March 31. Her partner, Sara Canning, paid a special tribute on Twitter:

In another life Lyra and I have not long returned from our trek to Everest Base Camp and we’re getting geared up for her 30th birthday tomorrow. In that life Lost Boys is finished, we’re engaged, and happy.

McKee, a native of Belfast, was shot during a night of violence on April 18, 2019, in the Creggan area of Co Derry in Northern Ireland. The "New IRA," a dissident republican group, later claimed responsibility for her death. 52-year-old Paul McIntyre has been charged with her murder, his case is ongoing.