Luigi Perri, the owner of The Forge Italian Restaurant in Co Wexford, says he will continue not checking COVID certs despite spending 30 hours in hospital after testing positive. 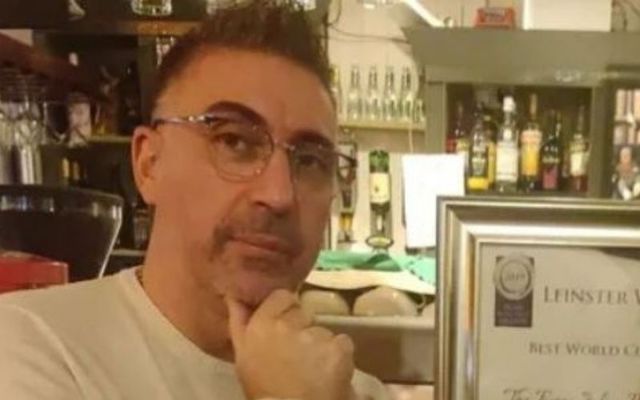 A County Wexford restaurant owner, who has spoken publicly about refusing to check his customer's COVID-19 certificates, has now tested positive himself.

Luigi Perri, the proprietor of The Forge Italian Restaurant in Castlebridge in Co Wexford, was recently hospitalized with Covid and announced last week that the restaurant had to temporarily close as a result.

In October, the restaurant announced that it would not be implementing the mandatory COVID certificate system that the Irish Government has introduced for indoor hospitality.

The certificates show proof of vaccination against COVID, a negative COVID test result, or recovery from COVID within the last six months.

Speaking recently to The Sunday World, Perri said that despite now testing positive with the virus, he will continue his policy of not checking Covid certs when he reopens.

"We will never bow to fascism," he said. "I don't understand why I should ask for the Nazipass, if it is absolutely not for the safety of people.

"My problem is the Nazipass. Do not discriminate against anyone. The Nazipass does not guarantee you that you do not have the Covid so I'll never ask," he said.

When the newspaper asked Perri if he felt his comparison to Nazi Germany was inappropriate, he replied: "Albeit in a different form, it is repeating itself."

He said he spent 30 hours in Wexford hospital and claimed he was the only unvaccinated person on the Covid ward.

Perri also told the newspaper he believes the figures on the high number of unvaccinated patients in ICU over the past five months is false information released by the government.

When asked if he caught Covid from working in the restaurant, he declined to say.

Perri has previously said that several HSE Compliance Officers have visited his restaurant since to ensure that vaccine certificates were being checked.

Earlier this year, he shared on Facebook that the restaurant had been served with a Direction Order to comply with the vaccine passport and said that he faces a day in court over the issue.

He since launched a GoFundMe Page with the aim to raise €100,000 to help cover the legal costs.

"We have worked tirelessly as a family to get where we are now and refuse to be dictated to about who we can and cannot allow into our restaurant. We refuse to discriminate against people and to comply with an unjust law," he said in a previous statement.

"We as a family take great pride in our restaurant. We provide a sanctuary from this harsh new world and will not engage in any law requiring a patron to show papers."

Over €17,000 had been raised on the fundraiser page to date.