LGBT Ireland and Dublin Pride will be protesting at the Hungarian Embassy this Saturday, August 14 as part of a global event led by All Out. 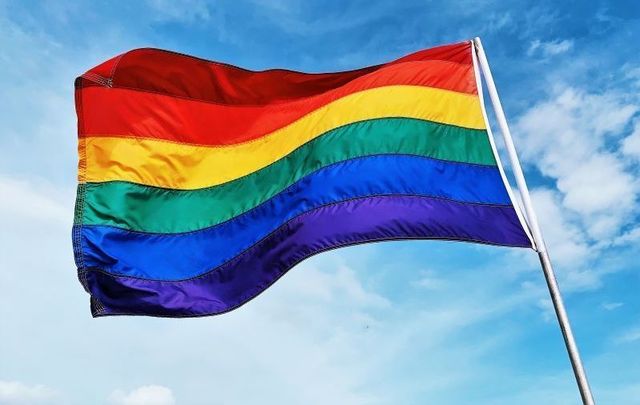 LGBT Ireland and Dublin Pride are organizing a protest at the Hungarian Embassy in Dublin for this Saturday, August 14. Getty Images

LGBT Ireland and Dublin Pride are organizing a protest to be held at the Hungarian Embassy in Dublin at 1 pm this Saturday, August 14.

The protest in Dublin is part of a global day of action organized by All Out to "protest the violations of LGBT+ rights by the Hungarian government."

Other events will be held on Saturday in Berlin, Copenhagen, Stockholm, and Sofia.

This Saturday, join us at any of the many speak-outs in front of #Hungarian foreign missions and consulates around the world, to protest the violations of #LGBT+ rights by the Hungarian government! – Locations of the speak-outs on this thread. 🧵 pic.twitter.com/SJngBnXboU

All Out, "a global movement for love and equality," says that on June 15, Hungary's parliament passed legislation that bans any material that could be seen by minors and that features gay characters or any sort of support for the LGBT+ community.

All Out accuses the Hungarian legislation of "fanning the flames of homophobia and transphobia."

In response, the organization has launched an online petition addressing The European Commission, the European Parliament, and the Council of the European Union, calling upon them to "step up immediately and use all tools available to require the Hungarian government to change course."

In June, Ireland was among several EU nations who formally expressed their “grave concern” about amendments adopted in the Hungarian Parliament “which discriminate against LGBTIQ persons and violate the right to freedom of expression under the pretext of protecting children.”

On July 15, the European Commission announced it was to start legal action against Hungary, as well as Poland, for violations of fundamental rights of LGBTIQ people.

Ahead of Saturday's protest in Dublin, James O’Hagan from LGBT Ireland told GCN: “As we witness an increase in discriminatory policies, hate speech, and violence against the LGBTQ community globally, it is vital we use our voice to speak out loudly in solidarity with LGBTQ communities facing intolerance.

“This protest, taking place during World Pride, aims to remind the Hungarian Government that LGBTQ rights are human rights, and to maintain pressure on the European Union to hold Hungary accountable to its commitment of respecting the fundamental human rights of all its citizens.”

We stand with the #LGBT+ community in Hungary. Together with @DublinPride, we are holding a demonstration outside the Hungarian Embassy at 2 Fitzwilliam Place, Dublin 2 on Sat, August 14th at 1pm as part of a global day of action organised by @AllOut pic.twitter.com/839NRxWZ8R

Saturday's protest event is being organized over on Facebook where a description says: “While Pride month is over, our protest continues."

It adds: “The protest comes in response to Hungary’s controversial law, banning the distribution of any LGBTQ+ materials seen to promote LGBTQ+ issues to minors. Demonstrations are set to take place around the world, including the Hungarian Embassy in Copenhagen during World Pride.

“The anti-LGBTQ+ law, which was passed under Prime Minister Viktor Orbán’s government on June 15th and took effect last month, has received backlash from LGBTQ+ rights organisations and politicians."

Organizers are asking all attendees to adhere to all relevant COVID-19 guidelines if attending in person, including physical distancing and the wearing of face coverings. Supporters may be asked to disperse into smaller pods.