Taoiseach Micheál Martin said the Hungarian Parliament's decision to ban LGBTQ references in school materials must be met with "moral pressure" from the rest of Europe. 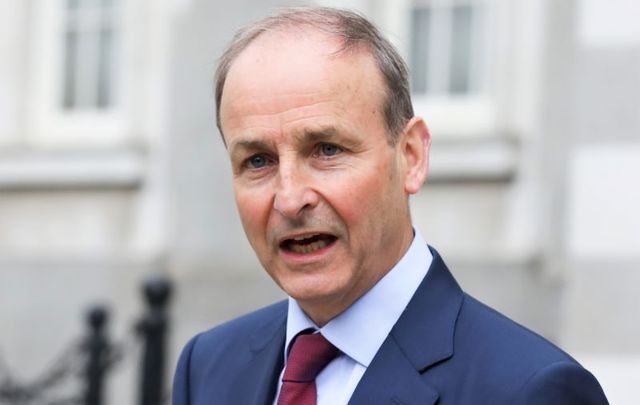 Taoiseach Micheál Martin has joined 16 other EU leaders in signing a letter defending the rights of the LGBTIQ community in response to Hungary's controversial anti-LGBTIQ law, which bans the promotion of homosexuality in schools.

The Taoiseach said the Hungarian Parliament's decision to ban LGBTIQ references in school materials must be met with "moral pressure" from the rest of Europe.

Speaking in Brussels on Thursday (June 24), Martin said that European leaders needed to "send a very clear message" to Hungary regarding the values of the European Union.

"Every avenue has to be explored in terms of the legal framework in Europe to pursue this issue. Moral pressure does matter but also asserting European values matters on an issue so fundamental as this," Martin said.

He said that Ireland celebrates "fundamental rights" around diversity and said that it is important that these rights are "asserted and articulated".

Martin was one of 17 EU leaders to sign the letter defending the rights of LGBTIQ people ahead of an EU Council meeting in Brussels on Thursday and Friday.

The letter, which does not directly reference Hungary or Hungarian Prime Minister Viktor Orban, condemns the "threats against fundamental rights, and in particular the principle of non-discrimination on grounds of sexual orientation".

Hate, intolerance and discrimination have no place in our Union. That's why, today and every day, we stand for diversity and LGBTI equality so that our future generations can grow up in a Europe of equality and respect. #EUCO pic.twitter.com/reAum03Vgn

Dutch Prime Minister Mark Rutte, who also signed the letter, said that Hungary should be removed from the EU over the issue.

"For me, Hungary has no place in the EU anymore," Rutte told reporters at the EU summit in Brussels. "But I’m not the only one to decide this: there are 26 other [EU countries]. This has to be done step by step."

Orban defended Hungary's controversial new law, which bans "the promotion of homosexuality" to under-18s and says that only government-approved instructors are allowed to teach sexual education in schools.

The law also states that companies cannot run commercials showing support for the LGBTIQ community if the commercial is seen as targeting minors.

Orban, however, claimed that the law was "not about homosexuality".

"It’s about the right of the kids and the parents."

The controversial right-wing leader said that he would not withdraw the legislation despite widespread criticism from many EU leaders.

The Hungarian Parliament passed the law on June 15 and it is due to come into effect next month.

Last December, the parliament also approved an effective ban on adoption by gay couples, while it introduced a ban on legally changing one's gender last year.

On Friday, the Taoiseach reiterated his message, telling the press: “I said very clearly to Viktor Orban that your law will harm young people, will suppress the rights of young people."

He added: “There was absolutely no doubt leaving that meeting that Hungary was left in no doubt that a line had been crossed. and without question it would have implications in terms of future decisions around funding."

The issue has been thrown into sharper relief by the Euro 2020 soccer tournament, which is partly taking place in Budapest.

Several anti-LGBTIQ banners were seen during a Euro 2020 match between Hungary and France last week, prompting widespread criticism across Europe.

In response to the incident and the controversial anti-LGBTIQ law, Munich mayor Dieter Reiter proposed illuminating Munich's Allianz Arena in rainbow colors during Germany's clash with Hungary on Wednesday night.

However, UEFA, European soccer's governing body, rejected the request on the grounds that it was politically motivated. 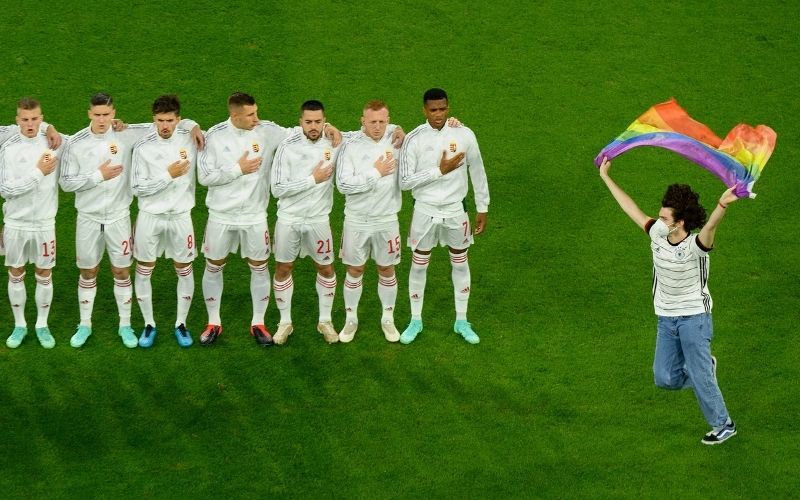 June 23, 2021: A pitch invader with a rainbow flag is seen on the pitch as the players line up prior to the UEFA Euro 2020 Championship Group F match between Germany and Hungary at Allianz Arena. (Getty Images)

Coveney said that UEFA "showed cowardice" by rejecting the request and said that the issue was not political but about "human rights".