The state Department of Health and Gov. Andrew Cuomo have apologized to Brendan Mulvaney, who was told by an unidentified health inspector that he needed a permit to sell lemonade from his back porch. 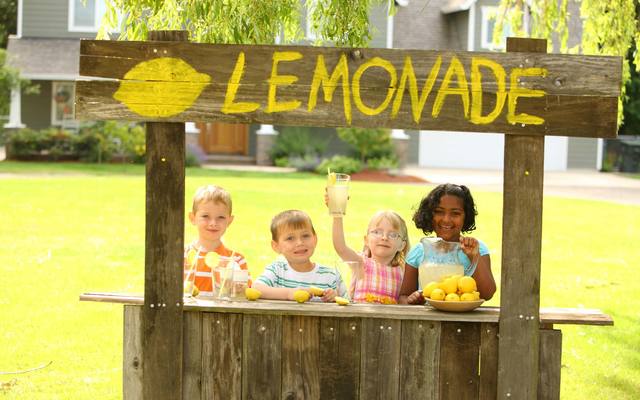 Inspector shuts down a back porch lemonade stand. Getty

Brendan Mulvaney was selling lemonade from his back porch and raising funds for a family trip to Disney when a health inspector abruptly shut down the lemonade stand for having no permit.

For the past number of years, the enterprising Mulvaney family from Ballston Spa, New York, have made the most of their home’s location opposite the annual Saratoga County Fair, offering up paid parking on their lawn for attendees and their seven-year-old son Brendan even getting in on the action by selling lemonade to thirsty fair-goers from his back porch.

His mother and father, Jodi and Sean, were appalled on Saturday, July 28, however, when a New York health inspector entered their property from the fair opposite to shut down young Brendan’s four-year-old business, stating that he needed a permit to sell lemonade from his house in that manner.

The family has since been issued with an apology from the New York State of Health and from New York Governor Andrew Cuomo, as it has been confirmed that the state does not act as a regulator over the traditional American summer-job practice of selling lemonade from your porch.

Gov. Cuomo has joined the Brendan Mulvaney/DOH lemonade stand conversation, he's offering to pay for the permit if needed pic.twitter.com/U15OZN9Oxw

"While we work to confirm the inspection was performed by DOH staff and the surrounding circumstances, we offer Brendan an apology for any inconvenience," spokeswoman Jill Montag from the Department of Health said in a statement.

"We are working to better understand the situation but in the meantime want to assure the community that DOH does not issue permits for or oversee lemonade stands."

"If a permit is needed, I will personally pay for any necessary fees," Gov. Cuomo added on Tuesday when telling the DOH "to reach a resolution" with Brendan's family.

"We support Brendan's entrepreneurial spirit and wish him the best of luck."

Brendan had already been running his stand from Tuesday when the Saratoga Fair started but on Saturday a woman wearing a green shirt branded with the words Department of Health approached him on the porch to shut down his enterprise.

The young boy had been selling lemonade at 75 cent and cans of soda for one dollar for the past number of years, earning up to $67 over the few days the fair was running and hoping this year to put the money towards helping out with a family trip to Disney.

The woman approached the deck, however, and took all of the family’s information, even attempting to take Brendan’s picture and a picture of the stand before his father Sean told her he had not given her permission to do so and asked her to leave. The family then decided to simply give away the lemonade for fear of a fine if they didn’t have a permit.

"She came up on the deck, and looked around and said you need a permit to do this. She was more afraid that people were going to get sick. I don't know, e coli or something," Jodi Mulvaney told the Daily Gazette.

"We decided to stop selling after that. If people want it, they can make a donation. It's all over Facebook, and everybody who drives by has been shouting ‘go for the lemonade stand!’”

Today's @dgazette has a story on overzealous state DOH inspectors shutting down 7-year-old Brendan Mulvaney's Ballston Spa lemonade stand. I stopped by his stand today & that of Jacey & Dineisha. Nothing says America like lemonade stands. Not going to let bureaucrats win on this! pic.twitter.com/J7K2lGJI4F

Thankfully, after being issued a full apology, Brendan can now return to his lemonade business, setting up shop again on August 19 for charity purposes. With his parents already donating half of the money they make on parking to charity, the seven-year-old is to hold a special fundraiser for a fellow Ballston Spa youth, 12-year-old Madison Moore, who has to receive surgery in August to treat her Blount's disease.

The special fundraiser on August 19 will run from 10 am to 4pm and will raise money to help pay Madison's medical costs but if you’re not in the area, you can still contribute via the family’s fundraising page here.