Killian McLaughlin of Wild Ireland believes that the introduction of wolves into the Irish countryside would reduce deer population and make driving safer as a result. 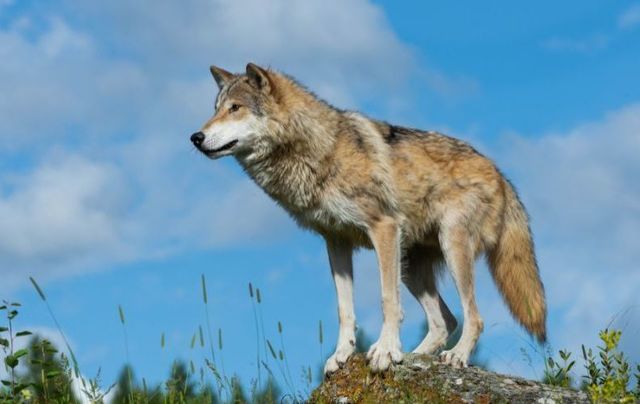 Irish environmentalist Killian McLaughlin has argued that the Irish Government should reintroduce wolves to help combat a "dramatic increase" in car accidents.

McLaughlin, of the Wild Ireland animal sanctuary in Co Donegal, believes that the introduction of wolves into the Irish countryside would reduce the deer population and make driving safer as a result.

He told Irish radio station Newstalk that road traffic accidents declined by 24% when the wolf was reintroduced in Wisconsin, citing a study by American economist Jennifer Raynor.

"When the wolf returned [to Wisconsin], she found that road traffic accidents reduced by 24% - so almost a quarter," McLaughlin told Newstalk Breakfast.

"She was able to quantify that into dollars and it came out at a saving of $11 million a year."

However, Raynor's study also found that deer culling in neighboring states did not "invoke the same response in deer to stay away from roads".

Of the 6,106 traffic collisions that occurred in Ireland in 2018, only 100 involved a collision with a deer.

However, 132 road users have been killed in 2022 so far, just four fewer than the 136 people who were killed in collisions in the entirety of 2021.

There have been 16 more fatalities on Irish roads than there were at this time last year, according to Garda statistics.

McLaughlin believes that the reintroduction of wolves into the Irish ecosystem can play a part in preventing further tragedies on Irish roads.

Wolves, which went extinct in Ireland in the 18th century, pose virtually no risk to humans, according to an 18-year study by Norwegian scientists.

Commenting on the study, McLaughlin said most wolf attacks were provoked by humans.

"They looked at wolf attacks across the entire world, they found that the majority of them that were carried out by wolves were provoked," McLaughlin told Newstalk.

"So, in other words, humans were trying to kill them or capture them - or wolves that had rabies and, of course, we don’t have rabies in this country."

McLaughlin is not the first person to suggest reintroducing wolves into the Irish countryside.

In 2019, Green Party leader Eamon Ryan called for the reintroduction of wolves to help "bring a balance of ecology".