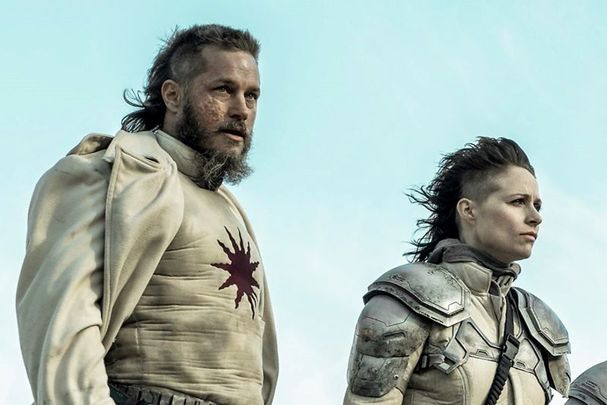 From Mullingar to Hollywood isn't a path that's often tread, but Niamh Algar has successfully taken it.

The up and coming Irish actress, best known for her turn in TV series like the History Channel series "Vikings" (filmed in Ireland) and the UK comedy-drama "Pure," is suddenly winning major feature roles in films like the Irish made and critically acclaimed "The Shadow Of Violence" and Ridley Scott's new atmospheric sci-fi epic "Raised By Wolves" on HBO Max. 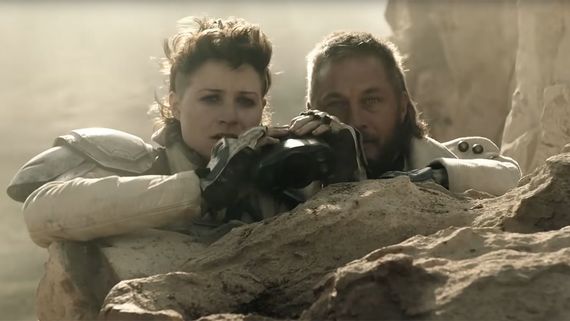 The latter show is the kind of word-of-mouth success story that directors dream of. A critical darling that's also hailed by viewers, it's a big-budget film about the struggle for supremacy on an alien world called Kepler 22-b, where two competing human tribes battle it out for dominance.

It's a long way from Algar's start playing the letter Z in the school play in Mullingar, but that's acting for you. Algar, the youngest of five, attended college at the Dublin Institute of Technology (DIT) where she studied design.

But it wasn't long before the acting bug bit, sending her on stints that included Art Direction on sets to learn about film making and then joining the screen acting program at the Actors Studio at the Factory in Dublin (a mini Hollywood in Ireland that launches careers like Algar's).

You can see why her career has progressed so quickly. Gifted with a natural onscreen charisma, a chameleon-like ability to change her look and aura (you will often not recognize her from role to role, which is the ultimate acting compliment) and her ability to play anything from a fashion model to a ninth-century Viking, she's making waves as a gifted onscreen actor.

Getting the call from the legendary director Ridley Scott, who wanted to cast her in his epic sci-fi series Raised by Wolves was a career highlight, she admits. “That was quite a moment I think in my acting career, finding out that I was going to be working with Ridley Scott,” she told the press in 2019.

The role and the production is the biggest of her career to date, with the principal shoot happening in South Africa. The 10-part HBO series has a fairytale feel, at least at first, beginning with two bickering androids who have been programmed to raise human children on an alien planet. Things don't go to plan and soon they are locked in a battle for survival against a human enemy who wants to destroy them and all that they stand for.

Algar has been cast alongside Australian actor Travis Fimmel (another Vikings alum) as Sue and Marcus, a violent pair of refugees who assume the identities of a husband and wife they kill off in a desperate attempt to flee the dying planet earth (yes the climate crisis has exploded, but so too has the standoff between the religious and secular world, with atheists squaring off against believers in a global conflict).

"Raised By Wolves" features a truly remarkable production design, looking as good and often better than Scott's recent sci-fi film work. But it's the stripped-down storytelling of the TV format that has restrained Scott's philosophical musings and resulted in a more pared-down storytelling style that pulls you in from the first episode.

At the core of "Raised By Wolves" is an age-old human question, why can't we simply make space for others who don't believe, think or feel the way we do? Why do we have to insist there is a right way to be religious and a right way to understand the world?

Solving that puzzle has been the job of history and science fiction, because in "Raised By Wolves," which is set in Earth's far future, where we still haven't found a way to peacefully inhabit this world or the mysterious new world called Kepler 22-b. 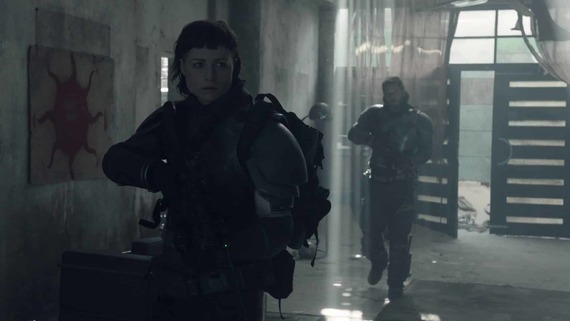 “Our characters have been together for a long time in a world that's just full of war and destruction and we've relied on each other,” Fimmel told the press. “And then my character convinces her to go on another journey and infiltrate a religious group that we absolutely despise and hate.”

Through that journey, the characters end up adopting the child of the couple they have killed. That and having to persuade people they secretly loathe that they agree with them “takes its toll on our relationship,” Fimmel concludes.

There's an unexpected catch for Sue and Marcus once they successfully pass off their new identities and board the Ark for the new world. They discover they are parents to a young boy, so now their acting chops are seriously tested.

Sue can't handle the revelation and wants no part of deluding a child, but Marcus realizes their lives depend on forging a bond with the kid, or being rumbled as the stowaways they really are. It's just one more plot point to pull you in, and it adds a huge amount of tension to the story. 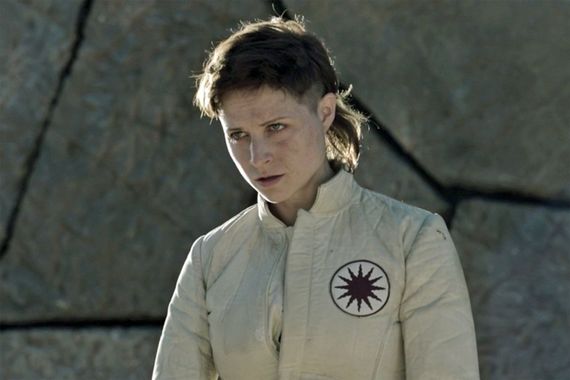 So what you can expect of "Raised By Wolves" is a fast-paced, multilayered story about how to survive in a world that seems designed to ensure your complete destruction, a theme for our times if ever there was one. Add to that the need for both actors to play two very different people (before and after the massive plastic surgery they undergo to change their identities) and you can begin to see the challenge and appeal of the roles.

When we meet Algar onscreen for the first time in "Raised By Wolves," she is adjusting, not very happily, to her new face and new identity and you instantly understand the horror of her predicament and the lengths she has just gone to in order to survive.

What "Raised By Wolves" is also about is the often fraught business of parenting, how the experience of being a parent calls on qualities that you didn't even know you had in you, whether you happen to be human or an android, because in this series both discover aspects of themselves they didn't know they had in them in the challenging business of raising kids.

Meanwhile, Algar will soon be seen in that Hollywood rite of passage known as a Guy Ritchie criminal caper film. Algar will play an as-yet-unnamed character in "Wrath Of Man," his latest shoot 'em up that follows a man simply known as H, a mysterious character working at a cash truck company responsible for moving hundreds of millions of dollars around Los Angeles each week.

The film also stars Irish actor Tadgh Murphy (another Vikings alum) and is scheduled to open January 2021. You can catch Algar in "Raised By Wolves" on HBO Max now.