After roughly half of Killarney National Park was impacted by a wildfire over the weekend, organizations are now demanding an investigation. 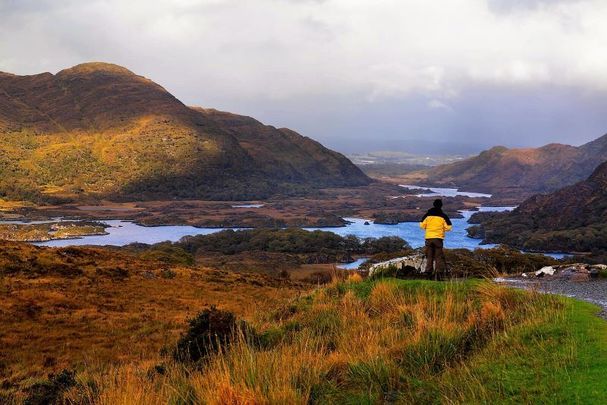 A wildfire that began in Killarney National Park in Co Kerry around midnight on Friday, April 23 has been brought under control, but not before causing extensive damage.

Approximately 50 percent of Killarney National Park - between 2,500 and 3,000 hectares - is believed to have been impacted by the three-day blaze that was brought under control on Monday.

Devastating news from #Killarney: an army helicopter is being called in as @KerryFireRescue, the National Parks and Wildlife Service and @countykerry battle a huge fire in Killarney National Park. Concern is mounting for the park’s ancient oakwoods near Eagle’s Nest. @rtenews pic.twitter.com/OkNar5dKFu

Taoiseach Micheál Martin said in a tweet on Saturday that the scenes were “devastating to see."

Devastating to see the damage caused by fire at Killarney National Park.

Thank you to all involved in the incredible concerted effort to control the blaze - park staff, Kerry Fire Service and council workers, Gardai, Civil Defence, Air Corps and many others. pic.twitter.com/CEWZtfmHr7

Andrew Macilwraith, the Chief Fire Officer of Killarney, said the damage was "horrendous."

He added: "Not only have some of the oldest oak trees in Ireland been destroyed but also the habits of thousands of animals have also been destroyed."

The Hen Harrier Project said in a tweet that "countless" animals were killed during the incident:

We can confirm that an active Hen harrier nest was destroyed in yesterdays fire in Kerry and that the hunting grounds for 3 other pairs have been lost. Countless other animals were killed. We need a co-ordinated approach to deal with this. pic.twitter.com/CAfQYJeIzS

Macilwraith further told RTÉ Radio’s Morning Ireland on Monday that it was hard to know at this point what caused the fire.

“It might have been something as small as somebody had a small barbecue or lit a small fire or something and something happened and to think that a small ignition point like that when everything is so dry can just spread so far.”

The aftermath of the weekend’s devastating fires in Killarney National Park, a hind Sika deer with her family standing near the entrance of Glaishin na Marbh and the Eagles Nest, along the Long Range River. Photo: @valphoto pic.twitter.com/Etlgfdky1b

Patrick O'Connor-Scarteen, the Mayor of Kerry, thanked emergency services for their hard work over the weekend:

Such a relief that the fire is almost extinguished, thankfully homes were protected, it’s so sad that so much wildlife has been destroyed and displaced. We owe so much gratitude to our emergency services especially our Fire Service- they deserve a good sleep. pic.twitter.com/dVFnXe4R1p

On Monday, the day the blaze had been brought under control, The Irish Wildlife Trust (IWT) demanded a full investigation into the causes and consequences of the incident.

“The fire at Killarney National Park was only one of a number of fires on upland areas in recent days and are part of an annual ritual which has been going on for over a decade,” the charitable organization said in a statement.

“The IWT feels that the law surrounding these illegal fires must be enforced and a cultural shift is needed to discourage the burning of land for agricultural purposes. Politicians and farming organisations must show leadership in this regard.

“An investigation into the fire in Killarney National Park should identify the areas burnt and the associated greenhouse gases and other pollutants which were emitted.

“Preliminary evidence suggests that areas with woodland cover were less affected by the flames, which were concentrated on areas of degraded open moor and heath.

"Killarney National Park has no active management plan while problems associated with over-grazing by deer and sheep, as well as infestation by rhododendron are well documented. These issues have contributed to the fires to which the park is subjected annually.

“As part of the emergency response, we are calling on the ministers at the two departments to:

IWT Campaign Officer Pádraic Fogarty said: “It’s nearly two years since the Dáil declared a climate and biodiversity emergency yet we are still waiting on emergency measures which would break the annual cycle of infernos that has wreaked havoc on our natural environment.

"We know what those measures are but we have so far lacked the political will and leadership from farm organisations to see these through.”